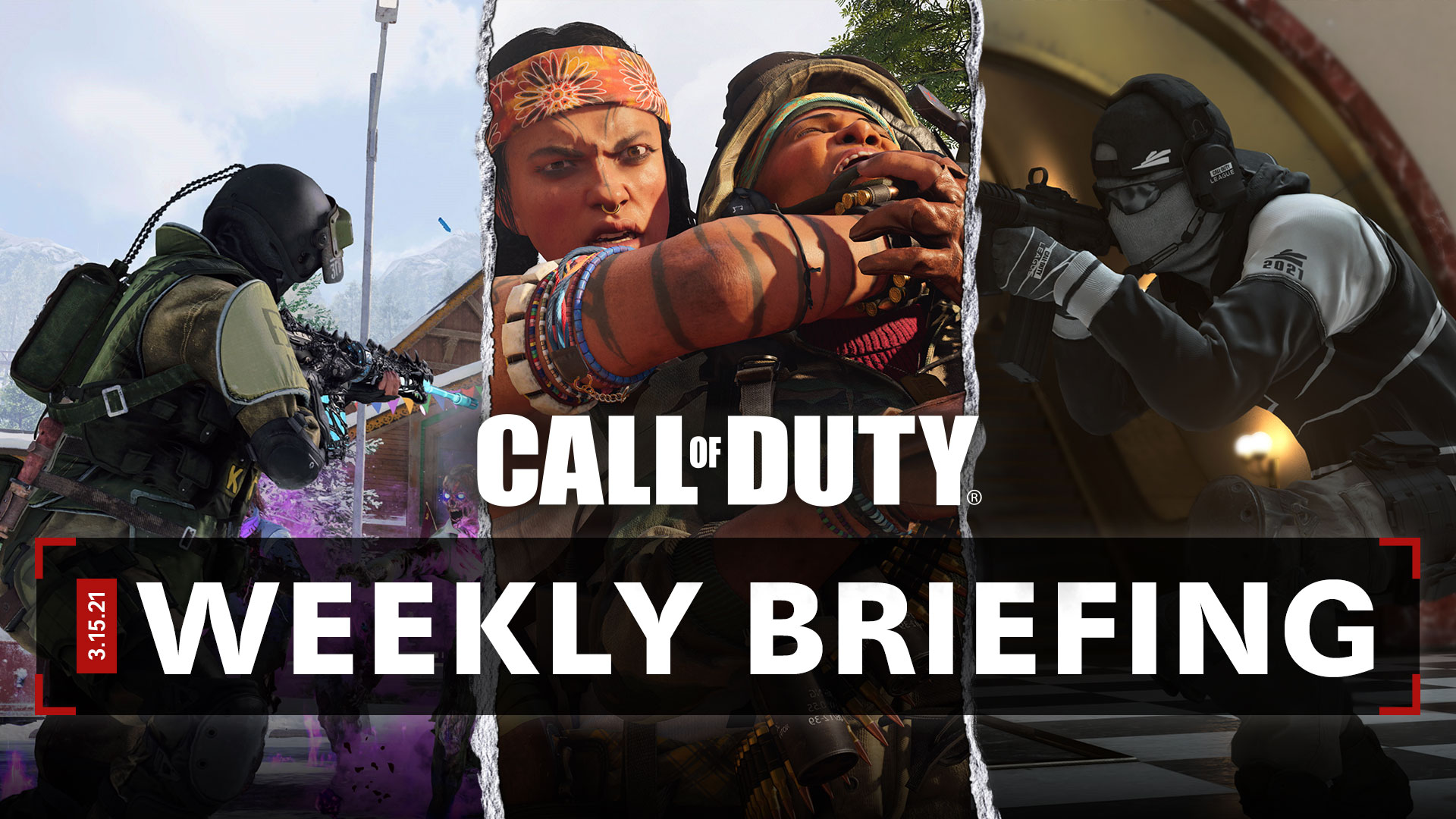 Call of Duty: Black Ops Cold War and Warzone is all-in on St. Patrick’s Day with themed bundles and modes until March 18. Already, there are Shamrocks and Pots o’ Gold aplenty, but starting March 18th, there will be several other themed bundles made available for all Operators.

Meanwhile, after an awesome Major I Tournament last week, Call of Duty League fans can gear up for Stage II of the 2021 Season. Finally, Warzone fans can get their hands on newly released Kontrol Freek thumbsticks.

Let’s get right to the intel…

This week continues the new St. Patrick’s Day Stockpile mode, and at 10 AM PT on Thursday, March 18, the leprechauns will return over the rainbow and the mode will transform into the classic Stockpile from previous Black Ops games. In Stockpile, players will bank a stash of dog tags from fallen enemies, carry them to the objective, and deposit them to score points for their team. First team to hit the score limit wins, but watch out – you’ll lose your stash if you’re eliminated!

Also debuting in Black Ops Cold War, Knife Fight 3v3 brings knives to a Gunfight… six of them, to be exact. Two teams of three will fight to the death using Blueprint melee weapons in this insane new Gunfight mode, including the Machete, Wakizashi, Sledgehammer, E-Tool, and the trusty Knife. Players will also be equipped with a Tomahawk and the Gung Ho Perk in every loadout to keep the action fast and frenetic.

You may also notice that Prop Hunt is taking a break from the Featured Playlist rotation. Fret not; Treyarch is using the temporary downtime to add more maps and props to the mode. Watch for Miami Strike and Satellite coming to Prop Hunt later this month!

First, get ready to rev up your inventory with the “Super Charged” Reactive Bundle, available in Store starting March 18. This racing-themed Bundle features the Legendary “Racer 01” SMG Blueprint and the Ultra “Racer 02” Reactive assault rifle Blueprint. Rounding out the Bundle are the Legendary “Spinner” Charm and the Epic “Skkkkkkkrrrrttttt” Emblem, whose name needs no introduction to Call of Duty League fans…

Following that is the “NecroKing Mastercraft” Bundle, which is set to hit the Store on March 21. Operators intent on icing the competition might want to set their sights on this Bundle, which includes the Ultra “Ice Drake” Mastercraft AR and the Legendary “Cold Spear” M60. Also in the eight-item bundle are two Legendary items, the “Dragon Claw” Charm and “Frozen Waste” Calling Card, and four Epic items: the “Dead Sled” Vehicle Skin, “Necro King” Sticker, “Necromancer” Watch, and “Climactic” Vehicle Horn.

After a thrilling Major I Tournament last week, Call of Duty League fans should get ready for Stage II of the 2021 Season with the Toronto Ultra Home Series, coming March 18-21. Stage II kicks off at 12PM PT | 3PM ET on March 18 with the Atlanta FaZe battling  the New York Subliners, followed by the Los Angeles vs. Toronto Ultra on Friday, March 19, Paris Legion vs. Optic Chicago on Saturday, March 20, and London Royal Ravens vs. Los Angeles Guerillas on Sunday, March 21.

Check out the full schedule here.

Newly launched! Stay on top with Call of Duty: Warzone Performance Thumbsticks. The set includes two high-rise, hybrid thumbsticks for maximum precision and an original, ergonomic design inspired by the iconic “Ghost” from Call of Duty for exceptional control. They will allow you to optimize your in-game sensitivity to more quickly neutralize threats, secure your targets, and survive the Gulag in Warzone.

Check out the Call of Duty: Warzone Performance Thumbsticks here.