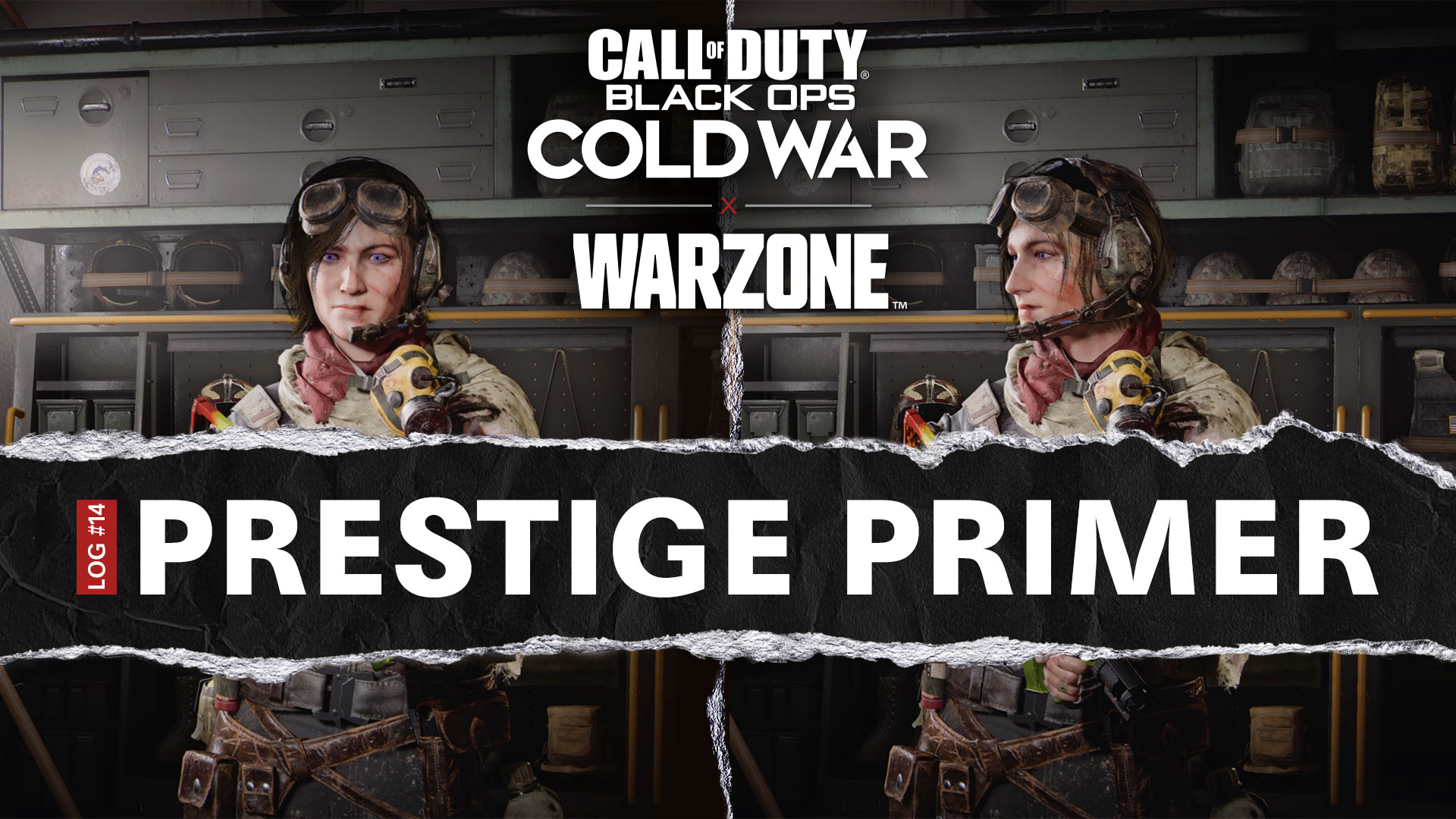 Get the tips you need for fending off both Zombies and fellow undead slayers at Shipwreck, as well as building a killer SMG for Outbreak in Black Ops Cold War.

After a year of smooth sailing, Warzone is about to have an assailment like no other.

In addition to Outbreak, the newest experience for Black Ops Cold War Zombies, Season Two brought the undead back into Warzone, as the doomed cargo tanker known as the Vodianoy, now a Shipwreck south of the city’s port, held these creatures in its hull.

The clock is ticking for Verdansk, so there’s no time to waste – let’s level up:

If this Prestige Primer is going all-in on Zombies, you better believe we’re highlighting one Requiem’s top agents.

March 4 marked Samantha Maxis’ debut as an Operator, a landmark moment in Call of Duty® history for the Zombies community who saw this pivotal character grow up alongside the once-secret co-op mode.

If you have yet to learn about Maxis, including her role in the current Dark Aether story, we released a short introduction to her earlier this week.

One week into Season Two and midway through the Outbreak Event, we’ve seen corps of Operators fly into the Shipwreck to deal with the animated corpses inside.

Of course, these Operators want the glory and rewards that come with eliminating the zombie threat from Verdansk, which may make it difficult to get a piece of the action and complete the Outbreak Event objectives (detailed here).

After diving into the fray over the past week, here are the strategies we learned for ensuring you and your squad can right the ship(wreck) and eliminate the opposition, both living and undead.

1. Deal with the Living First

Shipwreck is a seriously popular drop site since it made landfall in Season Two, which means you will rarely be the only Operator on board this cursed cargo ship.

Be aware of where other Operators are dropping and try to find a weapon to replace your starting pistol with as soon as possible. If you don’t have time to find one before an initial engagement, remember that this pistol is still fairly accurate at close range when hip-firing, or might be more useful as a blunt object to smash an unsuspecting foe with.

Zombies usually try to take out their prey by way of swipes and bites, which cause large amounts of damage in extreme close quarters.

Fighting zombies in close quarters can be a recipe for disaster. Try walking backward while firing to keep them at bay, or running to safety to maintain a safe distance from them before dealing that finishing blow.

In situations where you can’t make space between yourself and the horde, such as the shotgun-related objective for the Outbreak Event, you can still swiftly send the undead back to their graves with one tried and true Zombie-hunting mantra: always aim for the head.

As any Zombies veteran or horror movie connoisseur knows, it’s safe to assume that the undead take more damage to the head than any other body part. Landing those headshots could be the difference between getting incredible rewards and being sent to the Gulag.

4. A Ship Primed for Plunder

Not having much luck against the undead in a standard Battle Royale? Try Plunder. In this game mode, respawns are enabled, making it possible to come back to the Shipwreck multiple times in a single game.

Be forewarned, because results may vary. Other zombie hunters may be keen on using this strategy as well, so no matter what mode you play, prepare to fight for control of this new point of interest.

5. Sync Up with Friendly Survivors

Consider this: in a Solo game, there could be dozens upon dozens of individual hunters all vying for the same crop of undead denizens.

Should this frenetic free-for-all prove too overwhelming for you, then call up your fellow survivor friends and drop into Verdansk together. “Safety in numbers” definitely applies here, so bring in the reinforcements and fight for the fate of Verdansk…

The city is counting on you.

As the Warzone meta continues to evolve, we turn our attention back to Outbreak and look at an often overlooked starting weapon category: the SMG.

Outbreak features an expansive space to explore and hunt the undead, but when it comes to main objectives, CQB weapons really shine, especially within confined spaces. From escorting rovers to holding out in the Dark Aether, an SMG can be a quick and powerful tool for fending off hordes of zombies, and what better Blueprint to highlight in this category than the “Z-74u,” the Ultra-rarity Reactive Blueprint found alongside Maxis in her debut bundle?

We already featured another Blueprint within this weapon family in a previous Prestige Primer (11), but only detailed its effectiveness in Multiplayer. As is, the “Z-74u” is a phenomenal starting Blueprint to build upon, and can be made into a sinister slayer of the soulless within Outbreak with the help of these three attachment types:

·      Tiger Team Spotlight / Ember Sighting Point – Body attachments can boost two things in Zombies: Hip Fire Accuracy and Salvage Drop Rate. The latter is crucial for upgrading weapons and armor quickly, as well as building Equipment and Support Items, and no other Body attachments grant more Salvage on average than these two. Take the Tiger Team Spotlight for raw boosts, or the Ember Sighting Point for a fantastic mix of Salvage Drop Rate and Hip Fire benefits, which will work well on SMGs like the “Z-74u.”

·      Muzzle Flash Hiding or Silencer Attachments – In Zombies, attachments that normally hide muzzle flash or silence a weapon provide increased Equipment drops. Fortunately, the “Z-74u” comes standard with a Flashguard 5.56, which provides a good increase in drops for grenades, Stimshots, and other useful items without the downsides.

·      Cavalry Lancer 8.4″ – Dealing with Heavy Zombies? Then you’ll want a heavy barrel from the Cavalry Lancer line. Good for situational combat against tougher enemies, this Barrel deals increased armor damage with no other downsides. Like the Flashguard 5.56, this attachment also comes standard on the “Z-74u,” so focus your efforts elsewhere on building this weapon out on the Gunsmith screen.

We’ll leave the final five attachment build (or eight, if you’re Tier III on your SMG Weapon Skill) up to you. Play around with the 50+ attachments that can be put onto this heavy-hitting CQB weapon, and you’re sure to find one that suits your personal skillset.