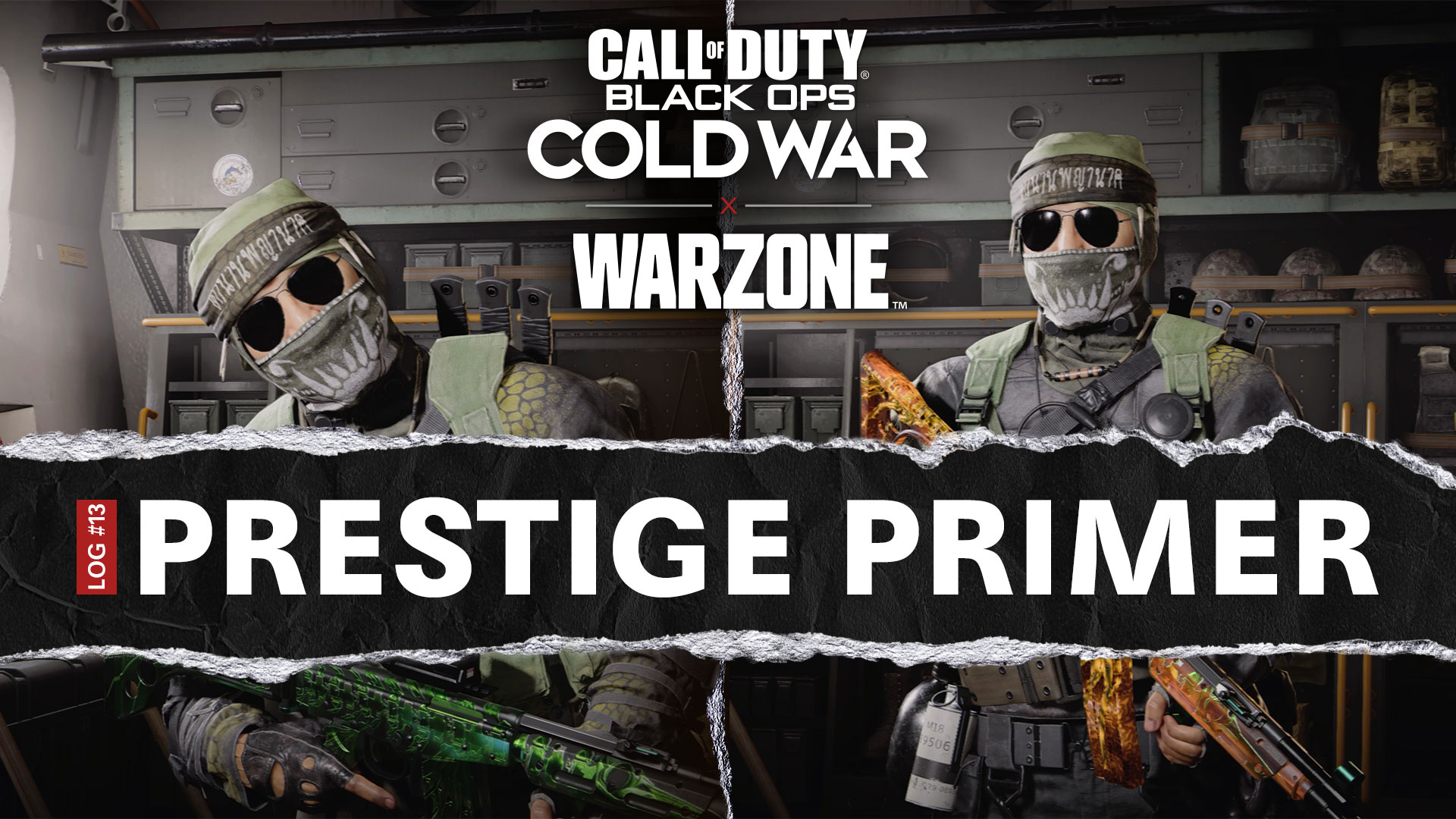 As Season Two begins with a weekend of Double XP and Double Weapon XP, check out these tips for mastering the new Outbreak experience, including the Blueprint we’ve been using to complete our first experiments with ease.

On top of new locations to explore across Verdansk in Warzone™, new experiences in Black Ops Cold War Multiplayer, and a fresh Battle Pass system with two free new functional weapons for both games, this season also brings the massive new Zombies experience known as Outbreak. It’s unlike anything that Zombies has ever seen, and there’s no better time to dive into this new experience than over the next few days with Double XP and Double Weapon XP active in both Black Ops Cold War and Warzone.

With that said, there’s no time to waste this weekend – let’s level up:

A ruthless ex-warlord that is now one of Perseus’ fiercest warriors, our featured Operator for Season Two’s inaugural week is none other than Naga.

Unlocked at Tier 0 of the Season Two Battle Pass along with an Operator Skin for Park, a functional Watch, and a global 10% XP Boost for the entire season, Naga bolsters the Warsaw Pact’s ranks as a cold-blooded warlord with a hot temper. The Operator Skin you unlock for him at first, “Viper,” is inspired by the venomous snakes he lives among within the Golden Triangle, with other Skins unlockable through his Tier 0 Operator Missions, offering further insights into this notorious criminal’s psyche.

Check out our detailed bio on Naga to learn more about this new Operator’s past and how he is aiding Perseus’ efforts to take over the free world.

A new season means a new road to Prestige Master, and in Season Two, there’s an additional route to Level 200: by joining Requiem’s most elite agents for the perilous Operation Threshold within Outbreak.

This new experience radically differs from traditional Zombies, and if you’re just diving into Outbreak for the first time this weekend, then here are five tips we have for completing those experiments and maximizing your Aetherium Crystal gains:

1. Plenty of Room for Experiments

Even with the Phase Walls, the Outbreak regions are still large enough to take a while to traverse by foot. A vehicle or jump pad can help your squad cover long distances easily, with both offering a chance at finding some Essence along the way.

Conversely, it might be smart to explore the entirety of an Outbreak region before exfiltrating or moving to the next one. This may lead to the discovery of loot chests, more Essence, or even world events that can make a strong impact on your squad’s success… for better or worse.

Squads with a variety of loadouts might fare better in experiments than those who use the same weapon. Plan those starting weapons and Field Upgrades with your squad before dropping into Outbreak. Once you’re in the zone, don’t hoard all the Salvage and other drops for yourself.

Success in Outbreak hinges on teamwork, but if you want to play solo, stick to the dedicated Outbreak solo playlist. It’s great practice for when the rest of the squad is offline and you’re still itching to complete just one more experiment.

Although an Outbreak session will get tougher with each trip through the Dark Aether portal, successfully completing multiple main objectives in a single run is a surefire way to maximize Refined and Flawless Aetherium Crystal earnings. Just be sure everyone in the squad is on board before pressing forward into the portal.

Because the “Dead Ops Arcade” Reactive Bundle debuts in the Store today, we of course need let you know about the awesome “Side Scroller” assault rifle, a Reactive Blueprint that features classic Dead Ops Arcade references across the entire gun.

However, this is technically not the first unlockable Reactive Blueprint in Black Ops Cold War. That honor goes to the “Vulture Exo,” our featured Blueprint of the Week available at Tier 95 of the Season Two Battle Pass.

Not only does this Reactive Blueprint look Ultra-awesome, it proves to be an incredible starting weapon within Outbreak due to its versatility. The base weapon’s high fire rate and reliable stopping power at longer ranges is already a deadly combination when engaging with the undead at typical combat ranges. But with this Blueprint’s Barrel attachment and large extended Magazine, it turns the latest assault rifle into a horde-wiping machine.

The base version in this family, the FARA 83, is unlocked for free at Tier 15, so you can get a preview of what to expect with this Blueprint when you unlock it at Tier 95. Who knows? By the time you reach this Tier, you might be able to round this weapon out with a Salvage-boosting Tiger Team Spotlight and some more awesome attachments you’ll unlock by levelling the weapon up, especially if you take advantage of the Double Weapon XP on offer this weekend!