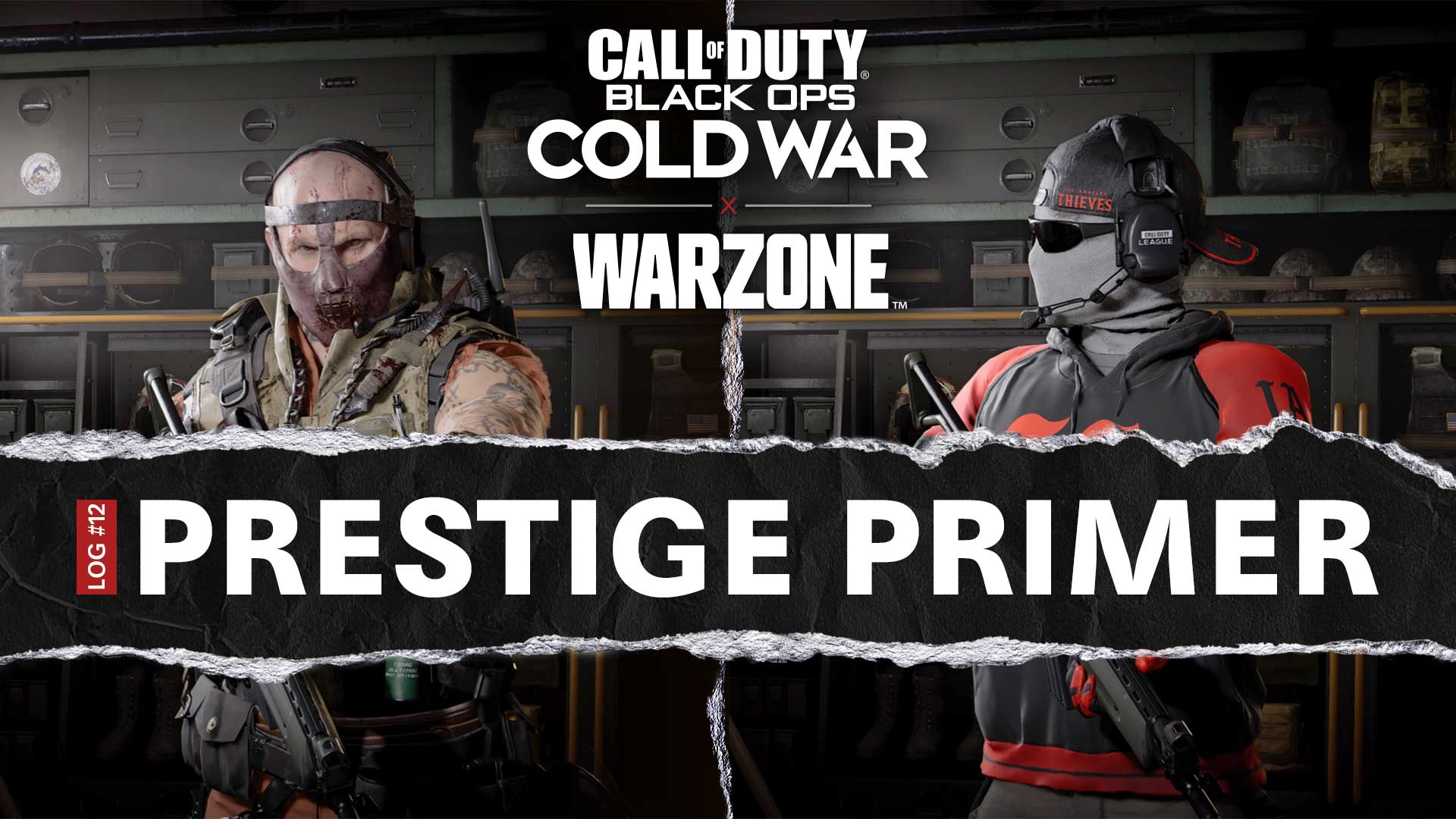 Season One is wrapping up in Call of Duty®: Black Ops Cold War with Double XP and Double Battle Pass XP. Here’s how you can maximize your gains to hit Tier 100 and Prestige Master before the season is over.

We’re less than a week out from a new season of Black Ops Cold War and Warzone, but before we dive into Outbreak and see what is happening in Verdansk, there is some unfinished business to attend to in Season One.

With that said, there’s no time to waste this weekend – let’s level up:

This week, we’re putting Stitch front and center (or left of center) as you only have a few more days to unlock him in the Season One Battle Pass!

While you’re enjoying Double XP weekend, be sure to check the Call of Duty League website for the latest information on Week 2 of the 2021 season. The newcomer Los Angeles Thieves sit atop the standings after besting the Minnesota Røkkr and sweeping the New York Subliners during Opening Weekend, granting them the ultimate honor and privilege of being the co-featured Operator in the latest episode of the Prestige Primer.

If you’re ready to hop aboard the LA Thieves hype train, then head over to the store of your favorite platform (PlayStation, Xbox, or Battle.net) and grab their team pack, which includes a pair of team Operator Skins, universal weapon camo, watch, Weapon Charm, Sticker, Emblem, and Calling Card. You can also get the other 11 team packs via those stores as well.

Catch Week 2 of the Call of Duty League over on their YouTube channel, and check out the latest standings and match schedule via the CDL Channel in Black Ops Cold War League Play.

The next 72 hours are crucial for Prestige Master hopefuls and those on the road to Tier 100, but a few strategies for XP and Battle Pass XP earnings can be the difference between missing out on rewards and heading into Season Two on a high note.

Progressing through the Battle Pass is as simple as just playing the game – the more time you spend in a match, the more progress you’ll earn.

For this weekend of Double Battle Pass XP in Black Ops Cold War, you may want to try playlists with longer match times, such as 12v12 or 40-player modes. While doing so, you may also find vehicle-related challenges, such as ones tied to destroying vehicles or piloting them, easier to complete, making it a great way to earn XP in general while racking up those Battle Pass Tiers.

2. Become a Master with Season Challenges

The single biggest pool of XP can be found within the 40 Season Challenges across Multiplayer (including Warzone) and Zombies, where hundreds of thousands of XP can be yours.

We covered these extensively in previous Prestige Primers, so be sure to check out our advice for completing all Multiplayer challenges and the toughest Zombies ones if you’re stuck on a few in particular.

Those with access to the full Season One Battle Pass not only have that additional 10% XP Boost to work with, but also a whole host of challenges that unlock additional Operator Skins, player profile items, and of course, XP.

Check the Operators screen and cycle through your Operators to see which challenges you have yet to do, and start targeting them during this weekend to turn thousands of XP into tens of thousands thanks to Double XP.

Every day, you get three Daily Challenges in Multiplayer, Zombies, and Warzone, each worth 2,500 XP each. That’s 22,500 XP on offer per day, which turns into 45,000 XP during Double XP weekend, not counting reserves that might be sitting around on your profile that are waiting to be completed.

This amount of XP gain is no joke, making it worth your time to potentially change up your playlists or strategies to target these Dailies this weekend.

As a reminder, you can find Daily Challenges in Black Ops Cold War above the playlists in the Play menu within Multiplayer and Zombies, while in Warzone, there is a whole tab dedicated to Challenges that you can check out and swap in Dailies from your reserves.

5. Dust Off the Rarely-Used Weapons in your Arsenal

While playing with your favorite loadouts is a great way to earn XP, you may be missing out on massive XP rewards by not using a variety of weapons in Black Ops Cold War.

Every weapon level up grants a small XP bonus, while hitting max level on a weapon rewards a whopping 5,000 XP. And of course, all these gains are multiplied during a Double XP weekend, which can easily translate into an additional level after playing through a full Multiplayer match.

Double-check those primary and secondary weapons to see where gains can be made, and you may just find a new favorite loadout in the process. Also, if you have Double Weapon XP tokens around – maybe from the Call of Duty League stream rewards – use them whenever possible to reach these milestones faster.

Gunsmith Custom Creation of the Week

This week, the Retro Renegade Mastercraft Bundle hit the Store and gave us our newest Mastercraft Blueprint: the “Tape Deck” SMG.

Although this Blueprint is great for Multiplayer as-is, here’s what we’ve been using on this weapon within Warzone:

Plenty of successful players use this setup across Warzone as their primary assault rifle. There is some debate as to what Barrel is best, but the Reinforced Heavy and Task Force Barrels are both worth being highlighted. However, for us, the Ranger Barrel is our favorite because it maximizes Bullet Velocity, meaning our shots should reach our target faster than with any other barrel.

As for the rest of the setup, the Agency Suppressor grants better range in Warzone only, suppresses the sound emitted by the weapon, and mitigates vertical recoil, with the Field Agent Grip stacking more recoil control improvements on top of it. At the other end of the weapon, the Raider Stock gives us better mobility by way of faster Sprint to Fire and Aim Walking Movement Speeds. Finally, the largest Fast Mag is an absolute must for this weapon, given that its default magazine only holds 25 bullets.

Be sure to keep this weapon’s recoil in check, don’t doubt its abilities to shred Operators up close, and you may be getting those Warzone victories in no time.