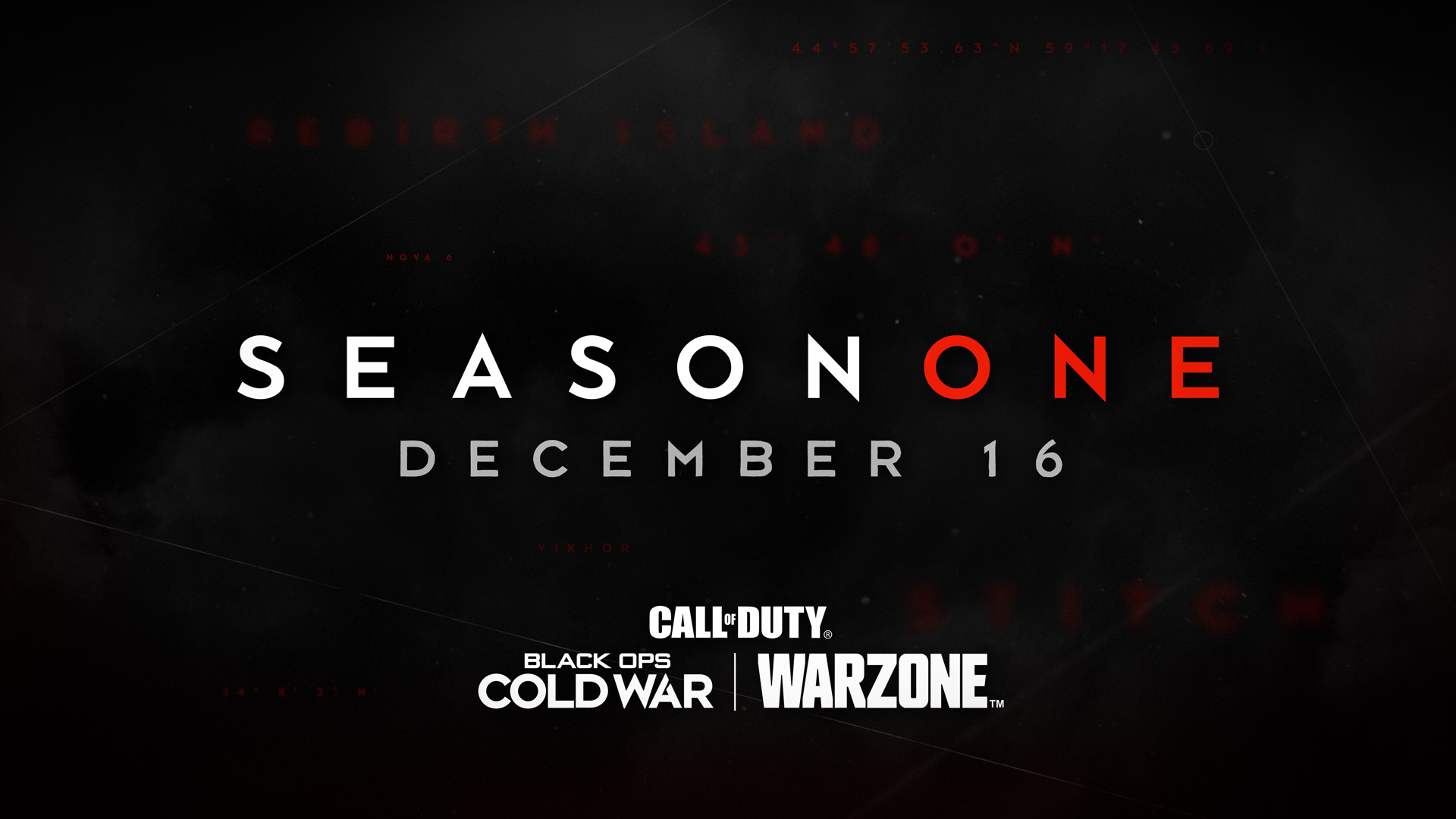 Season One of Black Ops Cold War and free-to-play, Warzone has been moved from December 10 to December 16. While the date has been postponed, a Double XP and Double Weapon XP Weekend will be coming along with some Free Bundles.

Season One is the largest free content drop in Black Ops history: a massive expansion of free content, including the comprehensive integration of Operators, weapons, player progression, and Battle Pass rewards across Black Ops Cold War and Warzone.

Battle Royaleis set to go beyond Verdansk: prepare to drop into a new Warzone map and mode at launch. Warzone’sarsenal gets even bigger with over 30 Black Ops Cold War base weapons, as well as Blueprint variants! Also, make sure you’re ready to face down fellow prisoners of Warzone in a new Gulag experience.

Prepare for an incredible amount of free content in Black Ops Cold War, including new Multiplayer maps, new and fan-favorite 6v6 modes and playlists, the return of 2v2 Gunfight with four new maps, and a massive new Fireteam map.

This offering includes a battle through a sprawling luxury complex within the Hollywood Hills of Los Angeles. That’s right: the legendary Call of Duty: Black Ops II 6v6 map known as Raid will be ready to play in Black Ops Cold War at Season One launch.

Make room on your Gunsmith table for free-to-acquire weapons and prepare for new Zombies modes, Season Challenges, and the full cross-title launch of the Seasonal Prestige system, with up to 1,000 Season Levels to progress through!

It’s an unprecedented amount of free content and the teams are currently prepping for the biggest Season One launch week ever seen. For this to occur, we’re taking a few more days to finalize everything before unleashing this massive drop of new, free content to the community.

Treyarch will be enabling Double XP and Double Weapon XP in Black Ops Cold War from 10AM PT Saturday, Dec. 12 until the launch of Season One.

Two free bundles will also become available to all Black Ops Cold War players through a new Pre-Season offer! Simply log in between 10AM PT Dec. 8 and 11PM PT Dec. 15 to claim both bundles, including:

More information will be coming out Over the next week, so expect additional communications. Also check out the Treyarch blog, as well.

Between December 7 and December 16, expect lines of communication to be open as we preview numerous elements of Season One, showcasing the massive expansion of incoming content.

A pair of content updates will deliver Season One game content for players of Black Ops Cold War and Warzone. For more information on the content of these updates, consult Treyarch’s Game Intel blogs for patch notes.

Once the second content update becomes available in Warzone, Season One will launch simultaneously across Black Ops Cold War and Warzone.