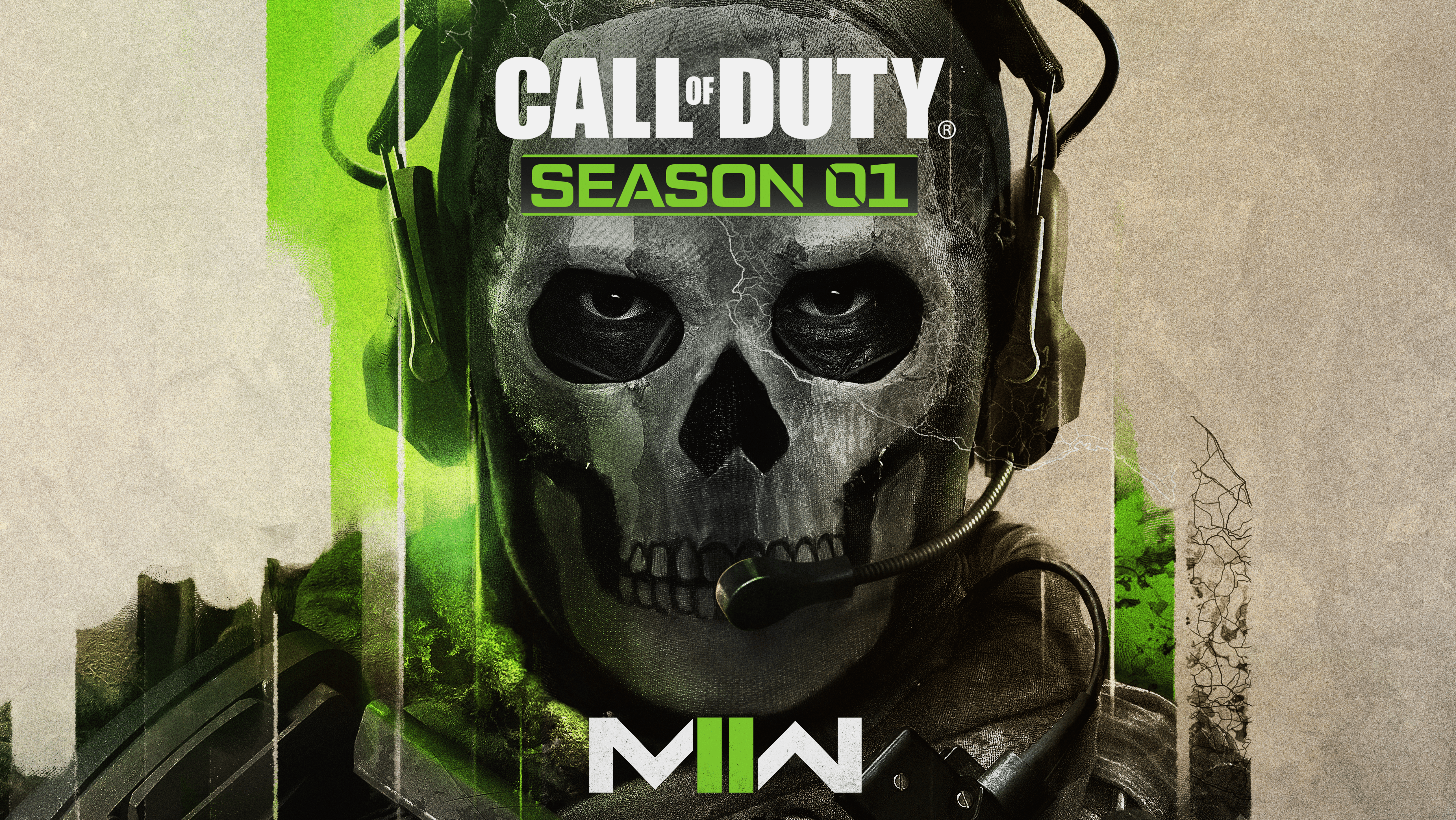 Season 01 marks the launch of the free-to-play Call of Duty: Warzone 2.0 and the much-anticipated DMZ experience. We hope you’re ready to dive into new maps, modes, missions, and more.

In addition to all of the new content, we also want to provide more information on updates to MWII in patch notes here. We’ve also included critical intel for Warzone 2.0 players below, for both Battle Royale and DMZ.

Going forward, expect additional Warzone 2.0 community updates from our partners at Raven Software while we focus our communications on content and support for Modern Warfare II. We’ll be working together to make sure key information is available for all players across modes and titles.

Season 01 marks the launch of our all new Battle Pass, in which players are able to choose the rewards they want as they progress. While there are 100+ tiers, this new map format allows for personalized progression with unlocks. Players can also progress with Battle Tokens Tier Skips. Take a deeper dive into the Battle Pass on the Call of Duty Blog.

Our Season 01 weapons drop runs the gamut of playstyles, from the high speed BAS-P Submachine Gun, to the hard-hitting Victus XMR Sniper Rifle. Mid-range combat is always an option with the super stable and high rate of fire M13B… if you are up to the challenge of unlocking it. These new Weapons will expand Loadout capabilities to cover all the exciting new modes Season 01 has to offer. Head to the Battle Pass to see where you can unlock these weapons and more.

As the longest range Sniper Rifle in our arsenal– we fully expect that the Victus XMR will be a player favorite when taking on dropping into the vastness of Al Mazrah. The first bullet-drop-indicating scope can be unlocked by leveling-up this weapon.

Be sure to follow our official Trello board for known issue tracking and updates.

For regular updates about the Playlist and other Scheduled Events, check out the dedicated Warzone Trello Board.

*In squad-based DMZ modes, as well as special Battle Royale playlists, you have the choice to join up with enemy Operators and form a larger squad. Refill indicates squads can be assimilated up to their original size.

We are excited to debut DMZ with the launch of Warzone 2.0. DMZ is a dangerous, diverse and deep open world experience where players can choose their level of intensity.

Borrowing from the full blog we posted last week, here are a few critical pieces of information ahead of your first infil to the Al Mazrah Exclusion Zone:

Al Mazrah is a massive new landscape that comprises the metropolitan area and rural outskirts within the Republic of Adal. This new map includes 6 Sectors, 25 Zones, 18 Major Points of Interest, dozens of Minor Points of Interest, strategic Landmarks sprinkled across the battlefield… all brand new for you to discover! As the biggest Battle Royale map we have ever made, we are certain you will find a drop that suits your playstyle.

For a deep dive into Al Mazrah and everything it has to offer, check out the official Tactical Map Guide!

This abandoned medieval fortress off the coast of Al Mazrah has been repurposed for sinister games by Shadow Company.

And So Much More…

Warzone 2.0 was built from the ground up with Modern Warfare II as a shared experience. The key innovations we’ve brought to MWII Multiplayer exist across Warzone 2.0 as well.

Below we will discuss new features from Modern Warfare II, alongside familiar features from the original Warzone, that we’ve brought together into a single, ultimate Battle Royale experience.

While creating a Custom Loadout, players will be prompted to select one of the following Perk Packages that are adapted to various unique playstyles:

The new Perks that are found within the Perk Packages detailed above are as follows:

Al Mazrah offers an array of new vehicles, alongside familiar ones, to allow players to choose how they engage opponents or how they reposition themselves across the battlefield.

Some of the vehicles you can expect to encounter include:

As mentioned above, Warzone 2.0 is a shared experience with Modern Warfare II. As such, players can expect to see quality of life changes across all modes including Multiplayer, Battle Royale, and DMZ.

Squad Score in the UI

You can stay up-to-date for live issue tracking on our official Trello board. We’ve linked both Treyarch and Raven’s boards there for easy navigation.

We hope you’re ready to make your first drop or infil into Warzone 2.0. There will be more patch notes in the coming weeks, and information on new midseason content coming soon.

*Game features described above are based on current in-development features that are subject to change based on final development changes and/or game tuning or updates that may remove or modify some or all of the above features.