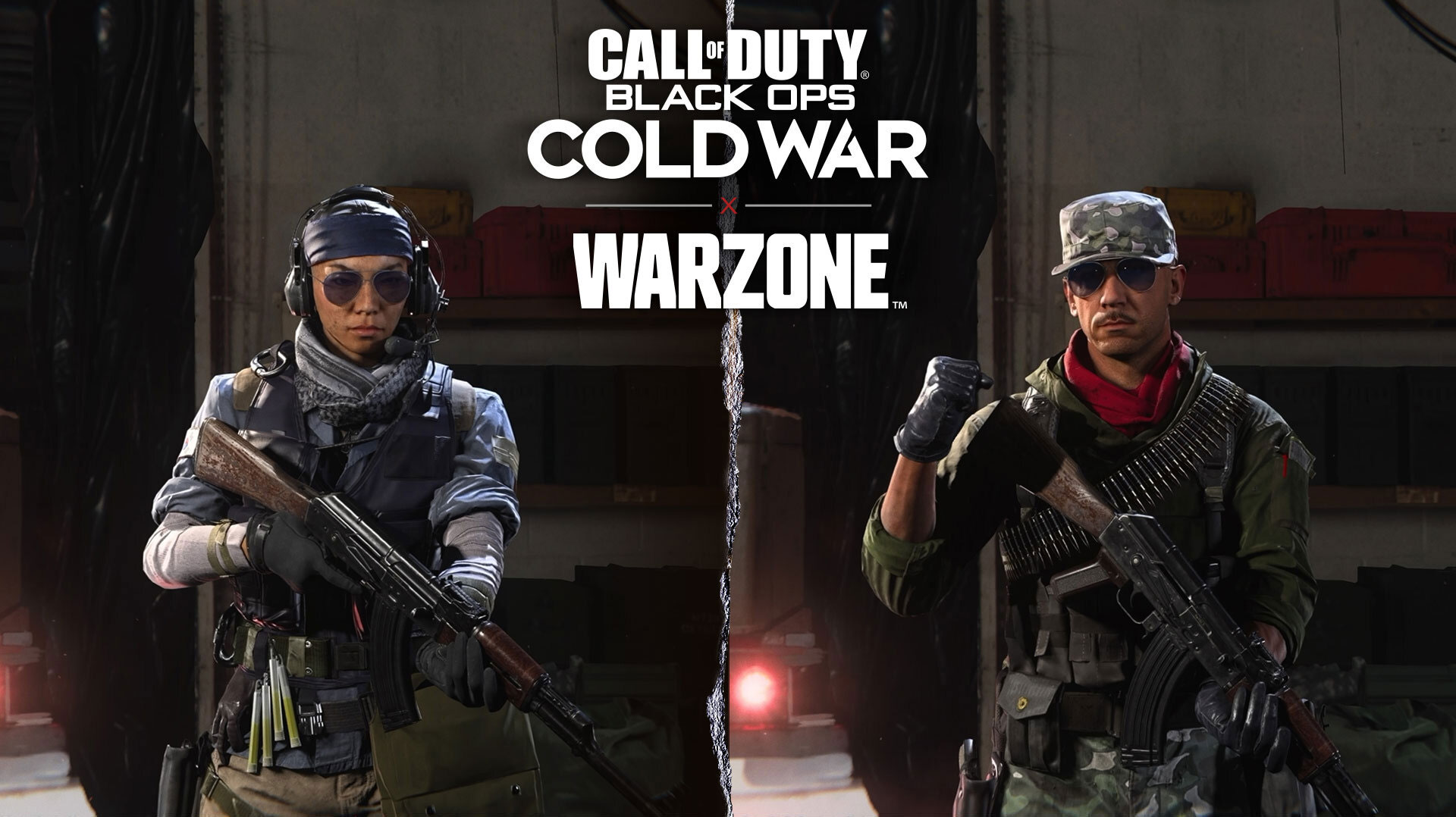 From 80+ weapons to 50+ Operators (and counting), here’s an update regarding Warzone’s massive changes coming in Season One.

“Team, wrap up any unfinished business. Once we strike, there’s no turning back.” – Russell Adler, Call of Duty: Black Ops Cold War

With Season One incoming, Black Ops Cold War will be even more integrated into Warzone, bringing its available weapon total to 80+ individual primary and secondaries and Operators to 50+ just off what was available already in Black Ops Cold War. Furthermore, a new progression system and more will add plenty to explore on top of everything that the free-to-play online experience has offered since its launch.

Most of the Black Ops Cold War Operators have been playable within Warzone, giving you a small taste of what’s to come in Black Ops Cold War Season One. This is everything that you can expect when that happens, working across each part of the main Warzone menu:

Dropping into Warzone for Season One will be done in a similar fashion to all prior seasons: from the Play menu.

Here, you can choose to play one of the featured playlists, including those that have to do with the new experience coming in Season One, as well as jump into a Private Match, Practice Modes, or Trials from Modern Warfare®.

Next let’s talk about what’s coming to your loadouts.

In Season One, weapons from Black Ops Cold War’s launch – from the Knife to the LW3 – Tundra sniper rifle and every primary and secondary weapon in between – will be added into Warzone and fine-tuned to best perform within this free-to-play experience. This includes:

In addition, throughout Season One expect to obtain additional free-to-acquire weapons via the free tiers of the Battle Pass system and in-game Challenges.

All attachments unlocked for Black Ops Cold War weapons will be available through the Gunsmith, allowing you to modify the weapon for use within Warzone. That doesn’t even count the free weapons included in the Season One Battle Pass system, any additional weapons to be released in Warzone or Black Ops Cold War, or the current and future Blueprint variants of these weapons.

That brings the total number of available Operators past the half century mark for Season One. In other words, you’ll be able to choose or randomly shuffle between 50+ unique Operators, not including any future Black Ops Cold War Operators that will simultaneously appear in Warzone or any additional Warzone Operators to come.

This new menu in Warzone is where you’ll track your progression from the Military Ranks to each Season’s levelling journey.

When Season One drops, expect your level to synchronize across all three titles based on your current Military Rank or Prestige Level. Players who have advanced past the Military Ranks will begin the new season at Season Level 1. Note that all your previous unlocks from Black Ops Cold War and Modern Warfare (such as Weapons, Perks, Scorestreaks, or Killstreaks) remain unlocked.

After rising through the Military Ranks by earning XP across any of the three games, you’ll advance to the Season Levels, a brand-new system that includes new Prestige Levels and Prestige Icons from the world of Black Ops.

Challenges – Pick Up Where You Left Off

Haven’t earned your 400th Battle Royale victory or your 300th game of Plunder yet? Left a few Missions from previous seasons incomplete?

Don’t worry. All Mastery Challenges and Missions from prior seasons can still be completed as normal. You can find them still living in the Challenges tab alongside your Daily Challenges.

Again, those that can complete them all can consider themselves true Warzone masters, but you can take all the time – and infils – you need to get them done.

Because Career is the new home for all Progression-related menus, the Barracks is now solely dedicated to your Player Profile.

Here, you can find all the Calling Cards and Emblems that are carried over from Black Ops Cold War, as well as the option to customize Gestures & Sprays and put on a Clan or Regiment Tag. Furthermore, the Barracks will house your Records from Warzone, including the Leaderboards and various Commendations you earned while playing the game.

In Season One, there will be a new Battle Pass with 100 tiers of content and plenty of bundles in the Store. Nearly all these items can be used in both Black Ops Cold War and Warzone, including the new weapons that are available for free within the Season One Battle Pass System.

There is one main exception to this rule: vehicle skins. Because Black Ops Cold War and Warzone do not share vehicles, this content will be separated between the two games.

As the Black Ops Cold War seasons progress and the Warzone story unfolds, be certain that our teams are working diligently to ensure all of this content is accessible. While there are no current plans to remove content from Warzone, to ensure the best possible player experience, there may be occasions where content is released at different times or becomes temporarily or permanently inaccessible.