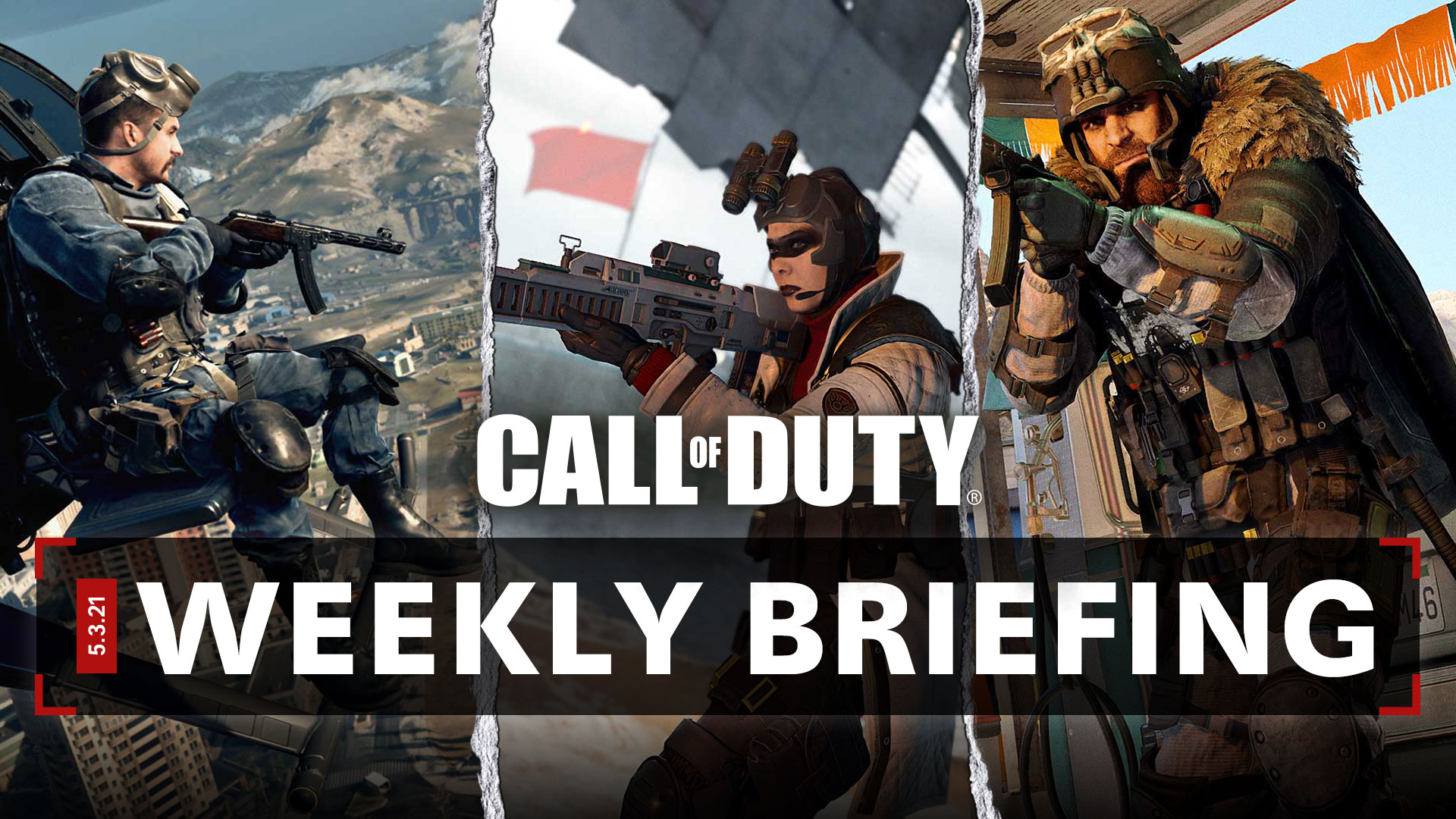 As Season Three keeps on truckin’, there’s a lot happening in Black Ops Cold War and Warzone™, with plenty of new content and events for all.

In this week’s briefing, we highlight the upcoming new CARV.2 tactical rifle, two new playlists joining the fray, an old favorite making its return, and several new bundles that will be available in the Store. Also, three tournaments will be streaming on Twitch this week, and the Call of Duty Endowment kicks off Military Appreciation Month.

Let’s get to the intel…

Get your hands on the CARV.2 tactical rifle this week, Season Three’s latest weapon available in Black Ops Cold War and Warzone via in-game challenge and the “Plastik Prototype” Store bundle (more details below). This burst-fire weapon stands out in the tactical rifle class with its high bullet velocity output, offering powerful damage, solid recoil control, and a large ammo pool from the start.

The Yamantau + Diesel 24/7 playlist hits Multiplayer this week, where everyone can jump into Team Deathmatch, Domination, Kill Confirmed, and Hardpoint on Season Three’s newest 6v6 maps. Gunfight Blueprints also returns to Featured Playlists this week with the latest Weapon Blueprints for players to get their hands on in 2v2.

The new Party Games playlist is also coming soon, which will include Sticks and Stones, Gun Game, and the return of Prop Hunt with the new Yamantau and Diesel maps added to the rotation!

There’s a lot In Store this week, starting with the “Alien Infestation Mastercraft” bundle, which includes two Weapon Blueprints: the Ultra “Incubator” Tactical Rifle and the Legendary “Sterilizer” SMG. Other items include the “Infected Ship” Charm, “Exploratory” Vehicle Skin, “The Hive” Animated Calling Card, the “Lifecycle” Animated Emblem, and the “Life Reading” Watch.

May is Military Appreciation Month, and the Call of Duty Endowment (C.O.D.E.) honors medical service members and veterans by participating in the Call of Duty Endowment Revival Challenge. Players can also help US and UK military veterans by purchasing the C.O.D.E. Battle Doc Pack for use in Black Ops Cold War and Warzone. For full details on both, check out the blog post from last week.

Tournament fans have plenty to check out, as we highlight three competitions streaming this week. Continuing today is TeeP’s Trials, the creator-led tournament featuring none other than TeePee himself. This is day two of the event, which you can check out on his Twitch channel starting at 10 AM PDT.

Tomorrow, May 4, marks the start of the Jack Link’s Invitational, hosted by Jack Link’s and Team Envy. The event will be streaming here.

On May 5, the Atlanta FaZe $100K Gold Rush begins. The event was rescheduled from the season opening to this Wednesday. There’s $100K+ in gold prizes up for grabs! The event is hosted on the FaZe Twitch stream.