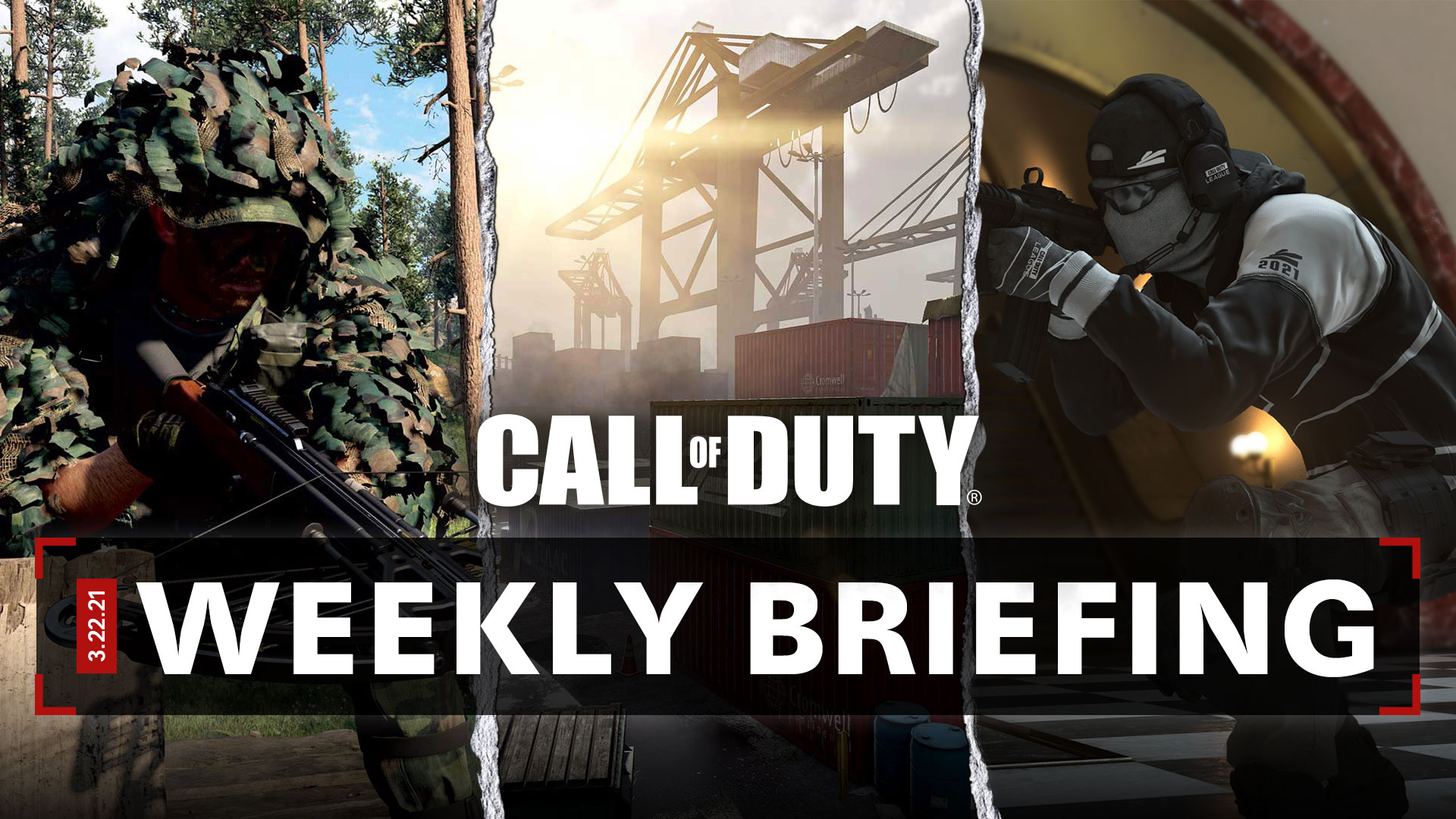 A new Special weapon arrives in Black Ops Cold War and Warzone, Call of Duty League kicks off Stage II, Week 2, and the Call of Duty Endowment Challenger Pack is back!

A new mid-season update on the horizon. Players should keep an eye out for upcoming content previews this week, courtesy of Treyarch.

Currently there’s lots going on in Season Two of Black Ops Cold War and Warzone such as: new Weapon Blueprints & Bundles in Store, as well as the continuation of fan-favorite MP maps.

Also, Call of Duty: Mobile continues to ramp up its own Season 2 with two ultra-fun maps, while Call of Duty League’s 2021 Season continues with Stage II, Week 2 matchups later in the week. Lastly, players can help US and UK veterans get high-quality careers through purchasing the (limited time) Call of Duty Endowment Challenger Pack.

The Lead: The R1 Shadowhunter is Available This Week

Here’s how players can obtain the R1 Shadowhunter: unlock the weapon via the in-game challenge of using a weapon with no attachments to get three One Shot, One Kill medals in 15 different matches.

Can’t wait to get your hands on R1 Shadowhunter? Go to the Store and purchase the “Archaic Range” Bundle (see below), starting March 24. Also, be on the lookout for a more detailed look at the R1 Shadowhunter and tips on how to unlock the in-game challenge, coming soon.

Fan favorite Multiplayer modes Stockpile, Gun Game, and Face Off continue unabated this week. Be on the lookout for more coming to MP next week!

This week features some choice items, starting with the “Archaic Range” bundle, which will be available in Store starting March 24. The bundle features the “Lancehead” Weapon Blueprint, which is built for a truly legendary archer. Also included in this Bundle is the “Medieval Archer” animated Emblem, “Olde Time Sniper” Sticker, and the “Stolen Idol” Charm that can be affixed to the crossbow or the more modern ranged weapons in your inventory.

Also available starting March 27 is the “Tracer Pack Rose” Reactive Bundle, a five-item pack that’s sure to break the hearts of your enemies. The two centerpieces of the Bundle are the Ultra “Xoxo Love Lost” SMG and the Legendary “Broken Heart” assault rifle. Rounding out the Bundle are the “Drop Dead” charm, “Heartbreaker” Vehicle Skin, and “Lonely Valentine” Emblem.

Finally, be ready for a Double XP, Double Weapon XP, and Double Battle Pass XP event running from March 26 through March 29*, which will be available in both Black Ops Cold War and Warzone.

Call of Duty: Mobile’s Season 2: Day of Reckoning is in full swing, and with it brings a bunch of new modes, maps, weapons, and Battle Pass content, including the Shipment map. Pitting teams near the main port of Verdansk, Shipment is a small map that’s perfect for players looking for fast and aggressive battles. For a more detailed look at the Shipment map, check out our blog here.

Meanwhile, Battle Royale mode just got crazier with Tank Battle. A completely new and limited time mode, Tank Battle allows players to scour the map for vending machines to collect attachments in order to acquire a tank. Once a player has five tank parts, they can summon the heavy armed vehicle and use it in combat. Players can also simultaneously use anti-tank weapons to damage an enemy player’s own tank.

If a tank sustains damage, players can use vending machines and supply stations to repair and rearm their tank. Unable to find attachments? No problem! Airdrops containing blueprints to will allow players to instantly summon a tank and anti-tank weapons.

Call of Duty League fans can gear up from Stage II, Week 2 matches starting later this week. One of the big matches of Week 3 features the LA Thieves vs. the Atlanta FaZe on Saturday, March 27, at 1:30PM PT.

The matches kick on Thursday, March 25, at 12:00PM PT with Paris Legion taking on the Dallas Empire. Other key matches include a west coast-east coast matchup with the Los Angeles Guerrillas vs. the New York Subliners on Friday, March 26, and the Florida Mutineers vs. OpTic Chicago on Sunday, March 28.

Take a look at the full schedule here.

The C.O.D.E. Challenger Pack is back!

Are you up for the challenge? Support US and UK military veterans by purchasing the Call of Duty Endowment (C.O.D.E.) Challenger Pack, available for use in Call of Duty: Black Ops Cold War and Warzone.

This is the first Endowment pack to feature two cosmetic Weapon Blueprints, starting with “The Stripe,” a Marksman Rifle Weapon Blueprint, and the “The Standard Issue” Pistol Weapon Blueprint, both adorned in patriotic stars and stripes. Also included is a dog tag Weapon Charm, a static Calling Card, an Animated Emblem, a Sticker, and a Double Weapon XP Token.

The Call of Duty Endowment seeks to help veterans find high-quality careers by supporting groups that prepare them for the job market and by raising awareness of the value vets bring to the workplace.

This is a limited time offer that will end once $5 million USD has been raised for the cause.