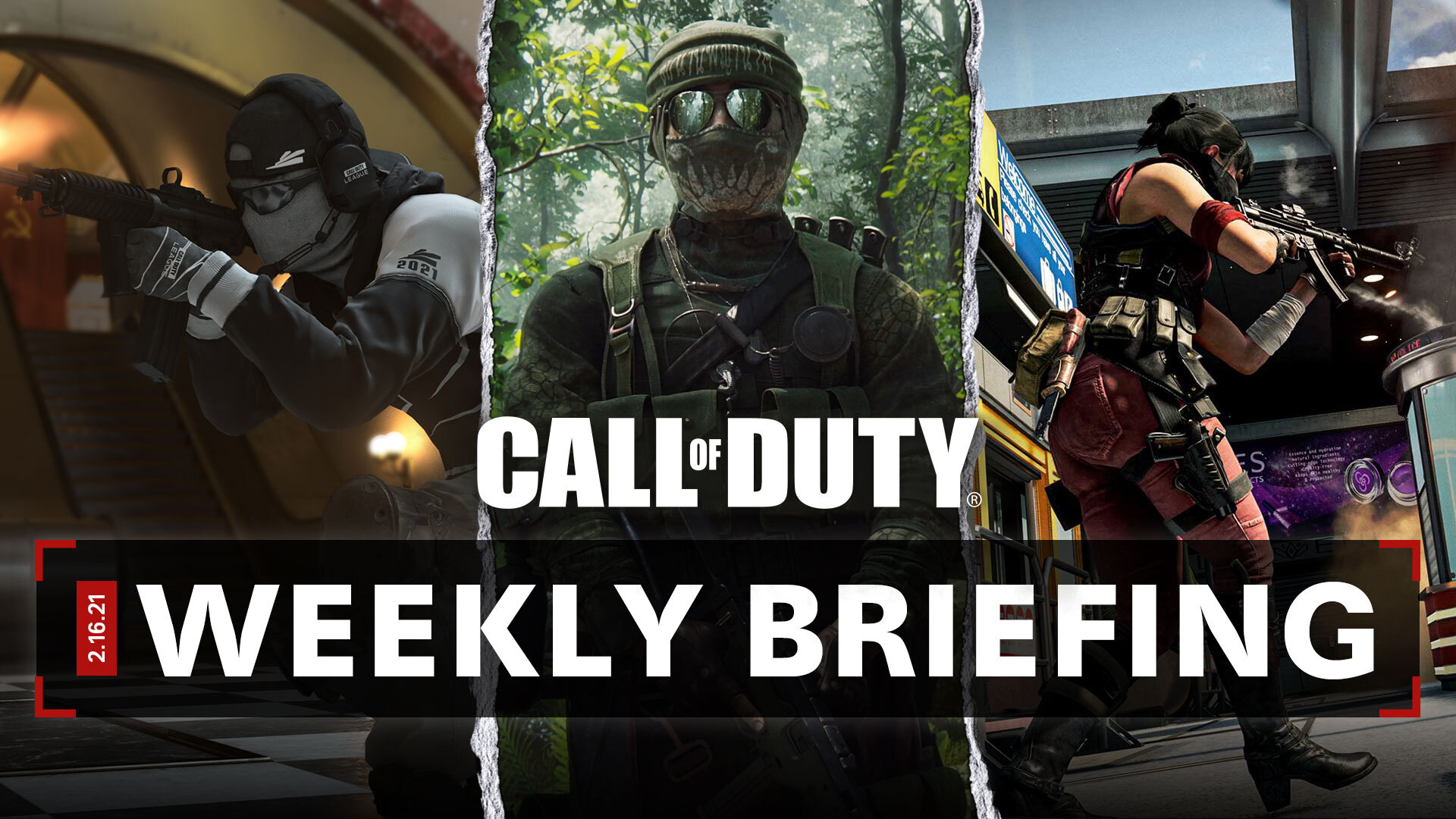 The launch of Season Two for Black Ops Cold War and Warzone is just around the corner; Call of Duty League Stage 1 Week 2 Kicks off on Thursday; and Throwback Moshpit makes its debut.

There’s a lot on the horizon in Call of Duty: Black Ops Cold War and Warzone, but there’s nothing bigger than the official launch of Season Two on February 25!

In the meantime, Season One keeps getting better, as Throwback Moshpit debuts in Multiplayer, Snipers Only Moshpit returns, Double XP and Double Battle Pass XP go live this weekend, and a cool new retro-themed bundle hits the store.

And don’t forget to check out the latest matchups for Week 2 of the Call of Duty League 2021 season, which resumes on February 18.

Let’s get on with your intel for this week…

The Lead: Black Ops Cold War and Warzone Season Two About to Launch

Get ready to descend into the heart of the Golden Triangle as Frank Woods and his team go on the hunt for Russell Adler, who went missing at the end of Season One after being captured by Stitch. But the strike team finds a new adversary in the form of Kapono “Naga” Vang, a ruthless trafficker of Nova 6.

For old-school Black Ops fans looking to jump into some classic maps in Cold War, Treyarch’s Throwback Moshpit arrives on February 18th. This new playlist features fan-favorites Raid, Express, and Nuketown ’84 in a variety of respawn modes for everyone to enjoy all week long.

Snipers Only Moshpit, the popular 6v6 competition where players face off with nothing but sniper rifles, is back on February 18. Precision, patience, and some quick thinking is all you get outside of a sniper rifle, as all weapons and Scorestreaks (such as the War Machine) are restricted. Get your marksman loadout ready and have some fun!

Get your ’80s retro vibe on with this week’s top bundle, “Retro Renegade,” available in-store on February 18.

The centerpieces of this bundle are two Weapon Blueprints, starting with the Ultra “Tape Deck,” a sky blue SMG Delta with colorful jazzercise trim. Backing up “Tape Deck” is the Legendary “Fast Tempo,” an Assault Rifle Echo built for speed.

Rounding out the bundle are the two more Legendary items – the “Forward Progress” watch and “Mixtape” Charm – as well as the “Retro Vision” Sticker, “Love Link” Calling Card, and “Retro” Vehicle Horn, and the Base Vehicle Skin “Renegade.”

Get ready for Week 2 of Call of Duty League, which kicks off at 3PM ET / 12PM PT on Thursday, February 18 with a match between the Los Angeles Guerrillas and the Florida Mutineers. On Friday, the London Royal Ravens take on the New York Subliners at 4:30PM ET / 1:30PM PT, and Saturday the Atlanta FaZe battle the Toronto Ultra at 6PM ET / 3PM PT.

Check here for a look at the full schedule for Week 2.

And if you haven’t already, make sure to sign up for the CDL Pick ‘Em game. See here for more details.