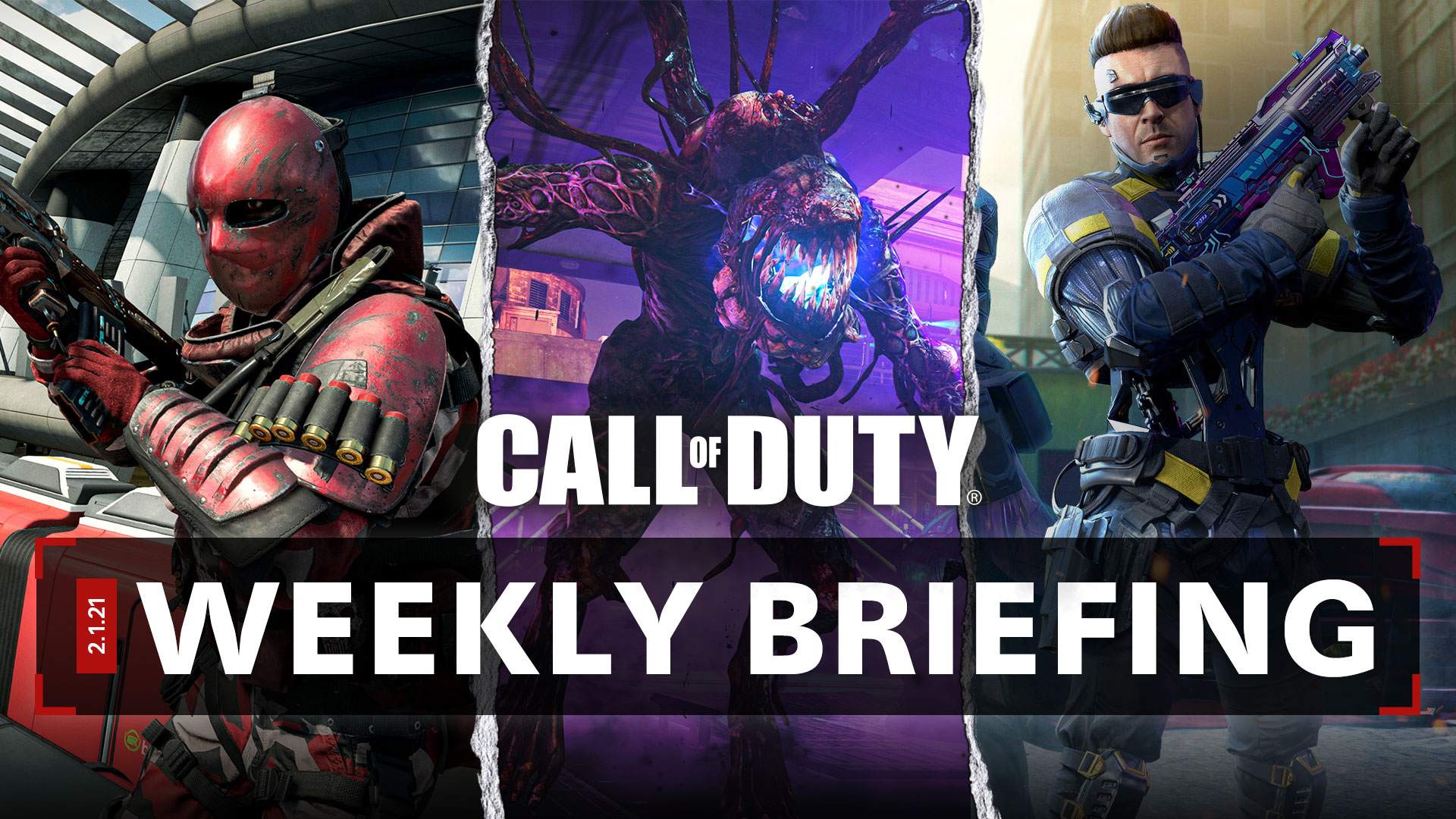 A fan-favorite Multiplayer map makes its triumphant return, “Firebase Z” arrives in Black Ops Cold War Zombies, and Call of Duty: Mobile is building up to its epic “Fight for Humanity” event.

Along with the highly anticipated continuation of the Dark Aether story in the new “Firebase Z” map, Zombies players will gain access to the upgradeable Tombstone Soda Perk, as well as a new game mode for Dead Ops Arcade 3, and the addition of Express to Onslaught on PlayStation.

Multiplayer digs all the way back to Black Ops II for the return of Express, the 40-player Endurance mode debuts in Multiplayer on the game’s biggest maps, and Call of Duty: Mobile kicks off a brand-new season with an event coming later this week.

Players can hop aboard the bullet train when Express makes its big return.

First introduced in Black Ops II, Express is a fast-paced 6v6 map that takes place on a modern bullet train railway in Los Angeles, with players fighting in the terminal, on the station platform, and across the tracks themselves.

Express is free for all Black Ops Cold War players and comes with the new Express 24/7 playlist with a collection of game modes including Team Deathmatch, Kill Confirmed, Domination, and Hardpoint.

In Endurance, 10 squads of four will drop into Alpine, Ruka, and Sanatorium to collect uranium and arm bombs throughout the match.

However, every time a bomb is detonated, a new one will spawn at a new location to replace it, ensuring that there will always be five bombs available for all 40 players to compete over.

The score limit will also be doubled from 500 to 1,000, making this perfect for completing Multiplayer challenges. So jump in with your squad and experience the game’s most detailed maps in an entirely new way.

The next chapter in the Black Ops Cold War Zombies saga begins on February 4 in “Firebase Z,” Treyarch’s latest map in the new Dark Aether story. Following the events of “Die Maschine,” Grigori Weaver and the agents of Requiem will storm the jungles of Vietnam to rendezvous with an Omega Group informant and attempt to save Samantha Maxis from Outpost 25.

This entirely new Zombies location is packed with new enemies, game features, hidden secrets, and a powerful new Wonder Weapon to wield against the undead. Watch the trailer if you haven’t already, and get ready to grab your squad and jump in:

Also on February 4, the Tombstone Soda Perk is back, and will be available in “Firebase Z” and the Der Wunderfizz machine in “Die Maschine.”

This time, the Tombstone Soda Perk will be a bit different. Players will be turned into shadows after they’re downed, which will allow them to explore the Dark Aether while trying to revive themselves. But if you die in while in shadow form, you’re dead for good. Better make your time in the shadows count!

Also coming to Zombies on February 4 is the brand-new Dead Ops Arcade Solo Advanced Start mode. Players get an advanced starting position based on the highest round achieved in Dead Ops Arcade 3 Solo. While stats, leaderboards, and challenges are disabled, the “Reunited with Fidolina” achievement can be completed in this mode, giving players a leg-up on one of the game’s toughest accomplishments.

And for Zombies fans on PlayStation, Express joins the Onslaught map list alongside new Zombies intel to discover in-game on February 4.

Make sure to check this space for full details on Wednesday, February 3.

To celebrate the continuation of Season One: Reloaded, Double XP will be live in Black Ops Cold War and Warzone on all platforms starting at 10AM on February 5 through February 8, with PlayStation Operators receiving another full day of Double XP on February 4.

This week, the Store is getting restocked with the Zombie Dozer bundle, which features the Legendary “Belligerent” skin that decks Bulldozer out in a crimson mask and armor set.

It also includes the Legendary “Blood Dozer” SMG and the Epic “Blood Spray” assault rifle Weapon Blueprints. Both Blueprints pack a punch with faster speed, better accuracy, and more ammo than their base weapons.

Another bundle coming to the Store this week is the Garcia-centric “Scar Tissue” bundle, which includes the Legendary “Hatchetman” Skin, decking out the Warsaw Pact Operator in a silky smooth vest-and-tie combo.

That skin will pair well with the bundle’s “Blood Money” Legendary SMG, which includes a 45-Round barrel drum for lots of ammo, a Hawksmoor optic, Steady Aim Laser for higher accuracy, and a Sound Suppressor to take your enemies by surprise.

Season 1: New Order kicked off last week with a clean slate and is packed with a ton of great content, including Reclaim, a new original Multiplayer map, and extended game modes; new unlockable weapons, including the free FR. 556 assault rifle; the fast-paced 3v3 Gunfight and the 20-player Attack the Undead modes; and a slew of free and premium Battle Pass content.

Once you’re geared up, get ready for the new Fight for Humanity event coming soon.