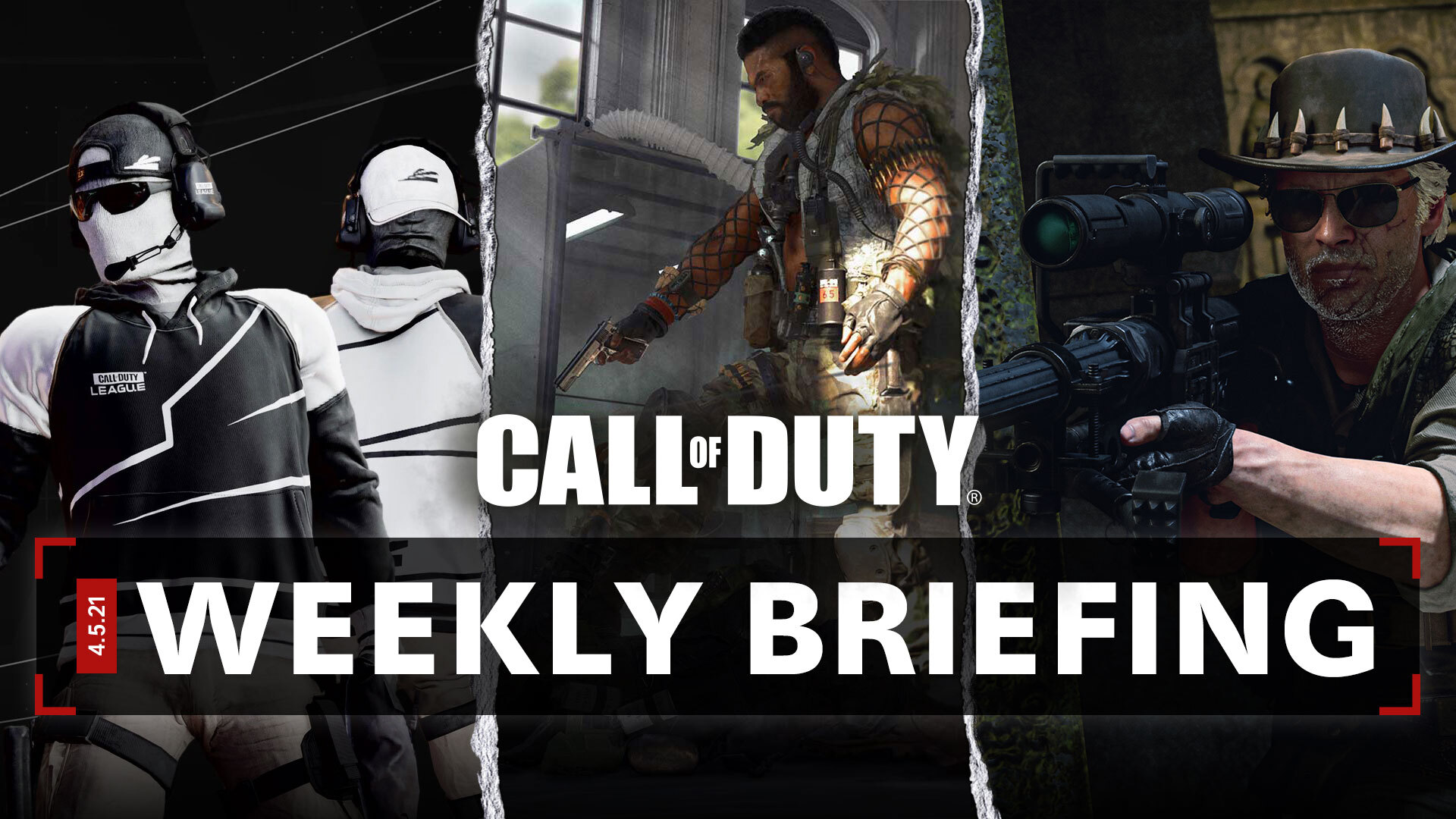 Black Ops Cold War Gunfight Tournaments start this week, celebrate the holiday with a new Easter-themed bundle, and get ready for a Stage II Major tournament for Call of Duty League.

There’s a lot going on in Call of Duty, especially with all of the new content that came with Season Two Reloaded. This week sees the launch of Gunfight Tournaments where duos can compete for exclusive rewards, along with the introduction of Gunsmith Customs, the updated Gunfight Blueprints mode, and the much-anticipated ZRG 20mm sniper rifle.

Also, players will have quite a few new bundles and Weapon Blueprints available In-Store, including a new holiday themed Bundle that’s sure to get you hopping.

Finally, Call of Duty League’s 2021 Season kicks it up a notch with the Stage II Major Tournament, which starts in just a couple of days.

Let’s get right to the intel…

Starting this week, players can jump into Gunfight Tournaments and earn exclusive rewards in Black Ops Cold War! Sixteen teams will clash in 2v2 single-elimination tournaments. Win your match and move onto the next round; lose, and you’re out. Each tournament introduces four new exclusive rewards as you march toward ultimate victory, including a new Emblem, Calling Card, Charm, and Weapon Blueprint.

Also arriving this week, players can get their hands on the latest Weapon Blueprints from Season Two in the new Gunfight Blueprints mode.

Meanwhile, the new Gunsmith Customs feature is set to arrive in Black Ops Cold War. With this update, players will be able to mix-and-match attachments from Weapon Blueprints of the same weapon type to create their own custom Blueprints in Create-a-Class. Save and name your new custom creations, and take them into your next match in both Multiplayer and Zombies.

Speaking of awesome weapons, the ZRG 20mm sniper rifle will be available via in-game unlock challenge and Store bundle for all players. This devastating sniper rifle fires massive 20mm rounds, giving long-range enthusiasts access to the highest damage per shot in the weapon class.

Just in time for Easter Sunday, the “Hippity Hoppity” Bundle arrived in the Store over the weekend. In addition to an Operator Skin, four additional themed items, and a Tier Skip, the Bundle includes the “Powderizer” Legendary Blueprint, a three-burst tactical rifle with five pre-configured attachments. Also included is the “Soft Touch” SMG, which also comes with five attachments, particularly at the front of the weapon.

This week, players can go all in with the Jackpot Sniper Bundle, which has four items sure to make any Operator feel lucky in battle. The centerpiece of the bundle is the powerful “Big Shot” sniper rifle Blueprint, which comes along with a dice-themed Animated Emblem, “Full House” Weapon Sticker, and the “Million Dollar Chip” Weapon Charm.

The new Rivas Operator Bundle is also set to go live later this week. A dedicated NATO Operator who specializes in guerilla warfare, Rivas is a valuable ally who possesses deadly skills both up close and from afar.

Later in the week, players can score the “Hellscream” Mastercraft Bundle, which includes Portnova’s “Ghost” Operator Skin and two terrifying Weapon Blueprints, starting with the Ultra “Mortal Anguish” sniper rifle Blueprint, sure to strike terror into the hearts of even the most valiant of enemies. For a secondary Weapon, the bundle offers the “Brutalizer,” a full-auto Legendary shotgun Blueprint. Rounding out the bundle are an Animated Calling Card, Animated Emblem, Weapon Sticker,  “Pin Cushion” Weapon Charm, “Hyperscream” Watch, and more.

Calling all CDL fans! Starting April 7 and running through April 11, Call of Duty League’s 2021 Season ramps up with the Stage II Major Tournament, where teams are seeded according to the results from the three weeks of group play leading up to the event. Check out the schedule here.

Also, if you want to test your prediction skills, you can enter the Stage II CDL Pick’em game* to make your picks for a chance at winning some awesome prizes. Click here for more details.