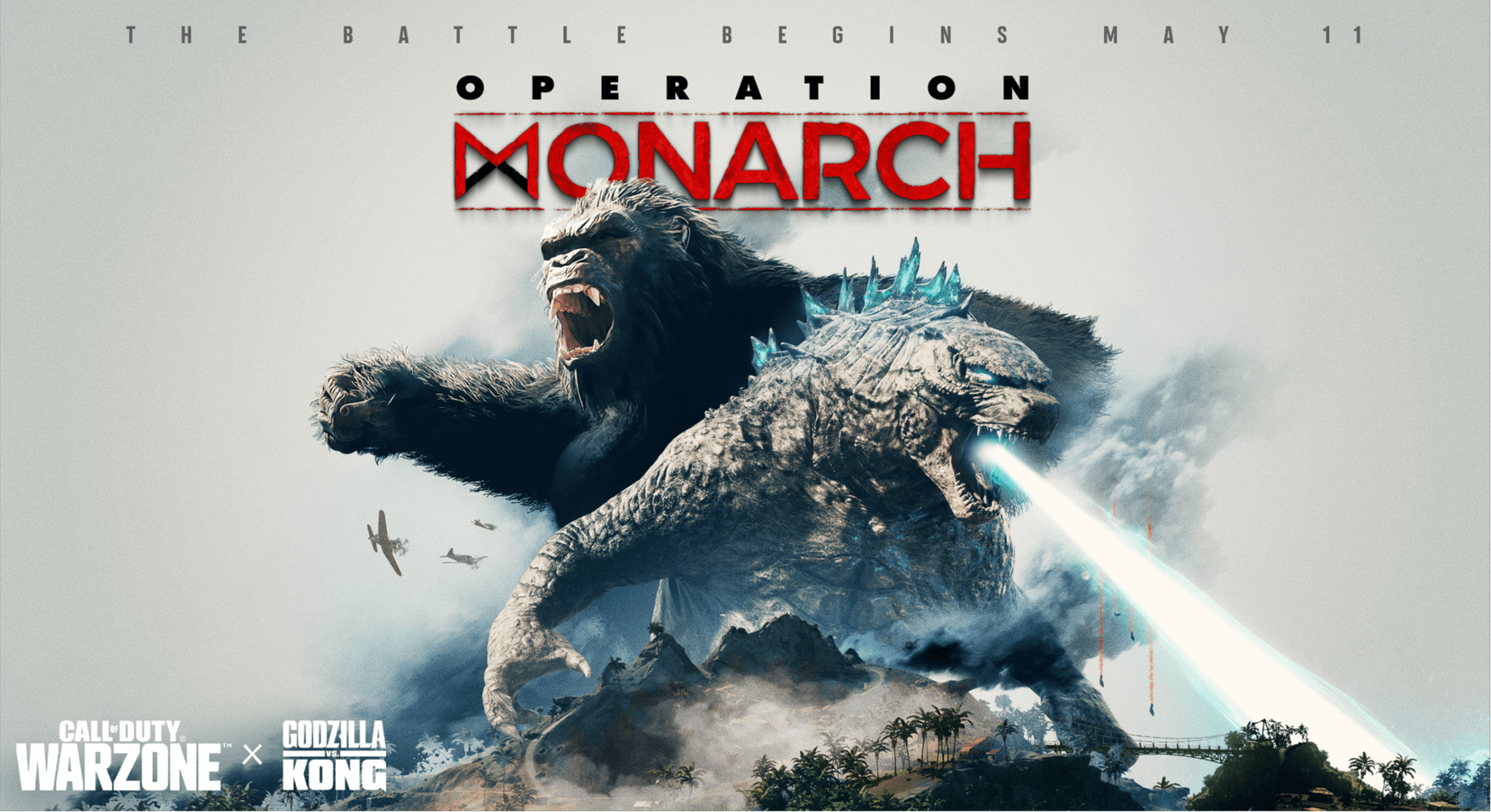 Kong and Godzilla have arrived on Caldera.

From May 11 to May 25, this Event offers Players a unique opportunity to earn brand new rewards while experiencing Battle Royale in the presence of two legendary monsters.

Players can also receive other rewards just by playing including charms, Calling Cards, and Player Titles.

This is a 60-player match with a Resurgence rule set. A smaller section of Caldera will be marked for the first safe area, and outside of one massive twist, the rules are simple: Be the last team standing.