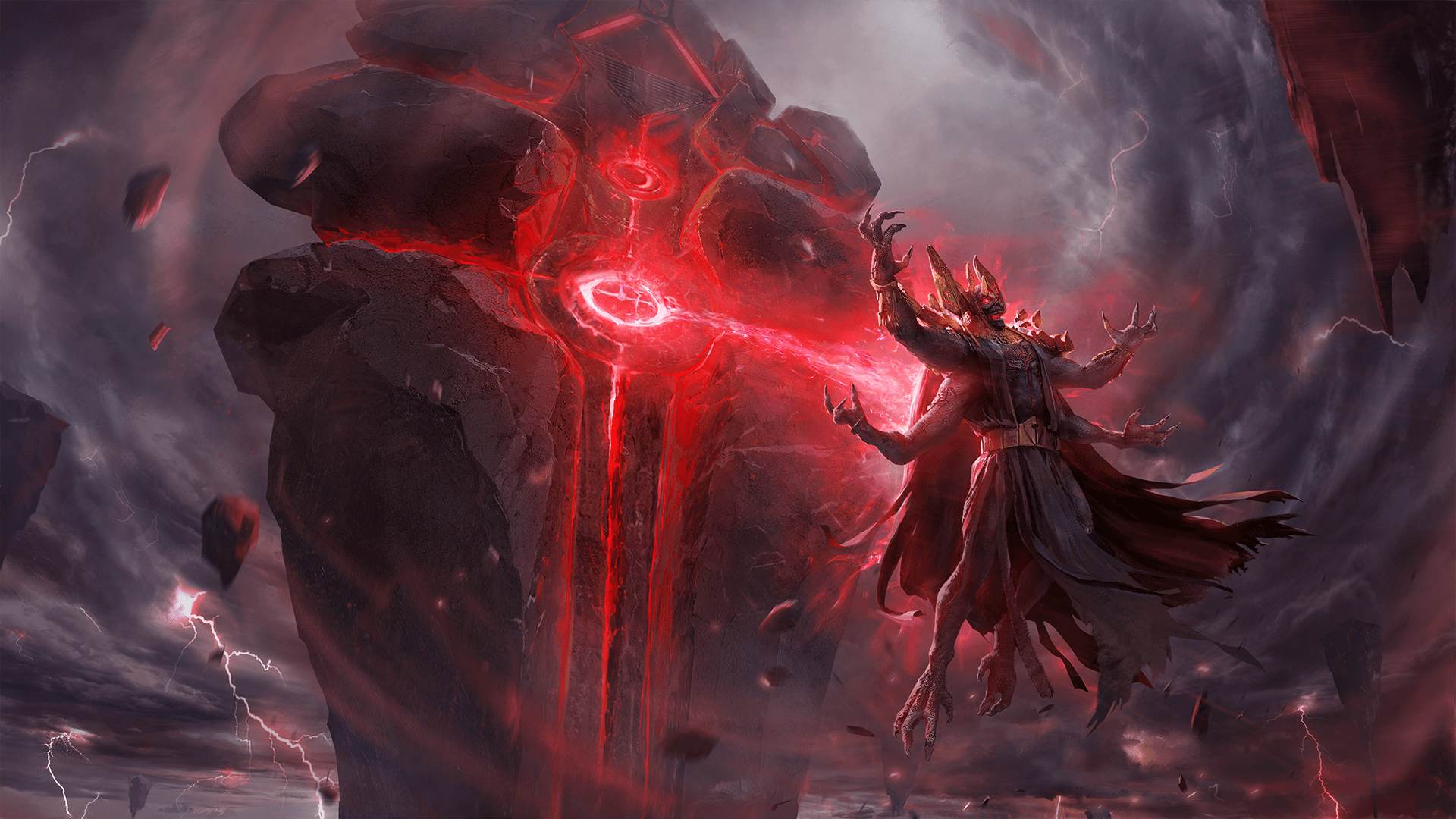 Treyarch has posted a blog post detailing Call of Duty: Vanguard’s final Zombies experience. Check out their post below:

The Construct. I always hated that thing. It sits outside the Natural Order, its motives unknowable to any of us. I cannot be certain, but it always seems like the Construct is trying to decide if Life itself is worthy of existence.” – Vercanna the Last

The finale of Call of Duty®: Vanguard Zombies arrives next week, and we’re here to share more details on what to expect as the showdown with Kortifex draws near. Will Krafft and his team discover the secret to taking down Von List? What is the Construct, and what does Kortifex seek to achieve with it?

Prepare to sever Von List’s unholy bond with Kortifex… or die trying. On August 24th, Vanguard Zombies comes to its epic conclusion in “The Archon,” culminating in a larger-than-life confrontation with the former lord of the Dark Aether himself.

After rebuilding round-based Zombies from the ground-up for Vanguard with the rebirth of “Shi No Numa” in Season Four, the team has dedicated their efforts to bringing an additional map to players in time for Vanguard’s final season. The result is a tightly focused experience that takes Gabriel Krafft and his crew back to the Egyptian desert, featuring a new multi-step Main Quest, new Dark Aether narrative intel, new side quests to discover, and one hell of a boss fight. For players who love to crank up the difficulty against the undead, the Rampage Inducer is also making its return!

Before confronting the Archon and completing your mission to stop Von List, you’ll be tasked with surviving a new set of challenges, including the Trials of Sacrifice, Resilience, and Mindfulness. You’ll need all the help you can get, so lock in your teams and mark your calendars – the Main Quest will go live simultaneously with the launch of “The Archon” on August 24th at 9 AM PT / 12 PM ET / 5 PM BST.

RETURN TO EGYPT AND TAKE DOWN KORTIFEX

Earlier this year, the Vanguard Zombies team received a mountain of constructive feedback around the launch of “Terra Maledicta.” As we digested everything we heard from the community, one request kept coming up over and over: the map’s Egyptian and Dark Aether settings would make for a killer round-based experience. We agreed!

The team immediately shifted its full focus to “The Archon” for Season Five once production on “Shi No Numa” was complete. This time around, the sands of Egypt have been upgraded with the full suite of round-based Zombies mechanics, an updated visual style, new Dark Aether intel, and a slew of new secrets to uncover.

In addition to the new quests and narrative, Kortifex’s last stand at the end of the Main Quest is unquestionably the crown jewel of “The Archon.” Rather than devoting valuable development time to additional features or more Covenants, the team placed a priority on creating a truly memorable boss fight on a scale rarely seen in Zombies. We think you’ll agree… if you can survive the Trials.

For the first time in Vanguard, players will be able to wield three different Wonder Weapons in the same map: the classic Ray Gun, the returning Wunderwaffe DG-2, and the devastating Decimator Shield. We’re also making some key updates to the Decimator Shield and the Altar of Covenants at launch:

Watch for the official Season Five patch notes from Sledgehammer Games next week for the full list of gameplay updates and bug fixes coming to Vanguard Zombies.

When the new season goes live on August 24th, players can dive into 20 new Zombies Season Challenges to earn bonus XP and unlock unique Calling Card rewards (see above for a sneak peek). If you’re looking to expand your arsenal against the undead and get back on the camo grind, Season Five has you covered.

Unlock the EX1 prototype energy rifle and RA 225 SMG in the Season Five Battle Pass to add them to your Zombies loadouts, and take on new weapon unlock challenges for the Marco 5 SMG and UGM-8 LMG if you missed them during Season Four. Shortly after launch, you’ll also be able to complete an additional weapon unlock challenge to earn the new Valois Revolver for your loadouts.

GET READY FOR WHAT COMES NEXT

Of course, there’s much more coming to Season Five in addition to Zombies. We can’t wait to get our hands on all of the upcoming Vanguard content, including new Multiplayer maps from our friends at Sledgehammer Games, the next season of Ranked Play from Treyarch with a fresh set of earnable rewards, and the debut of Black Ops outlaws Raul Menendez and Seraph in Multiplayer, Zombies, and Call of Duty®: Warzone™.

As we mentioned in our previous blog, we’ve had a jam-packed year so far across development on Vanguard Zombies, Ranked Play, new and remastered Call of Duty®: Black Ops Cold War content, new weapons and cosmetics for Black Ops Cold War and Warzone,and upcoming Call of Duty® content. As this chapter of the Dark Aether story wraps up in Vanguard’s final season, the Zombies team will be stepping back into the shadows to focus on what’s in store for the future. (Sorry, no spoilers.)

Until then, we hope you enjoy the climax of Vanguard Zombies and everything Season Five has to offer, and as always… we’ll see you online.