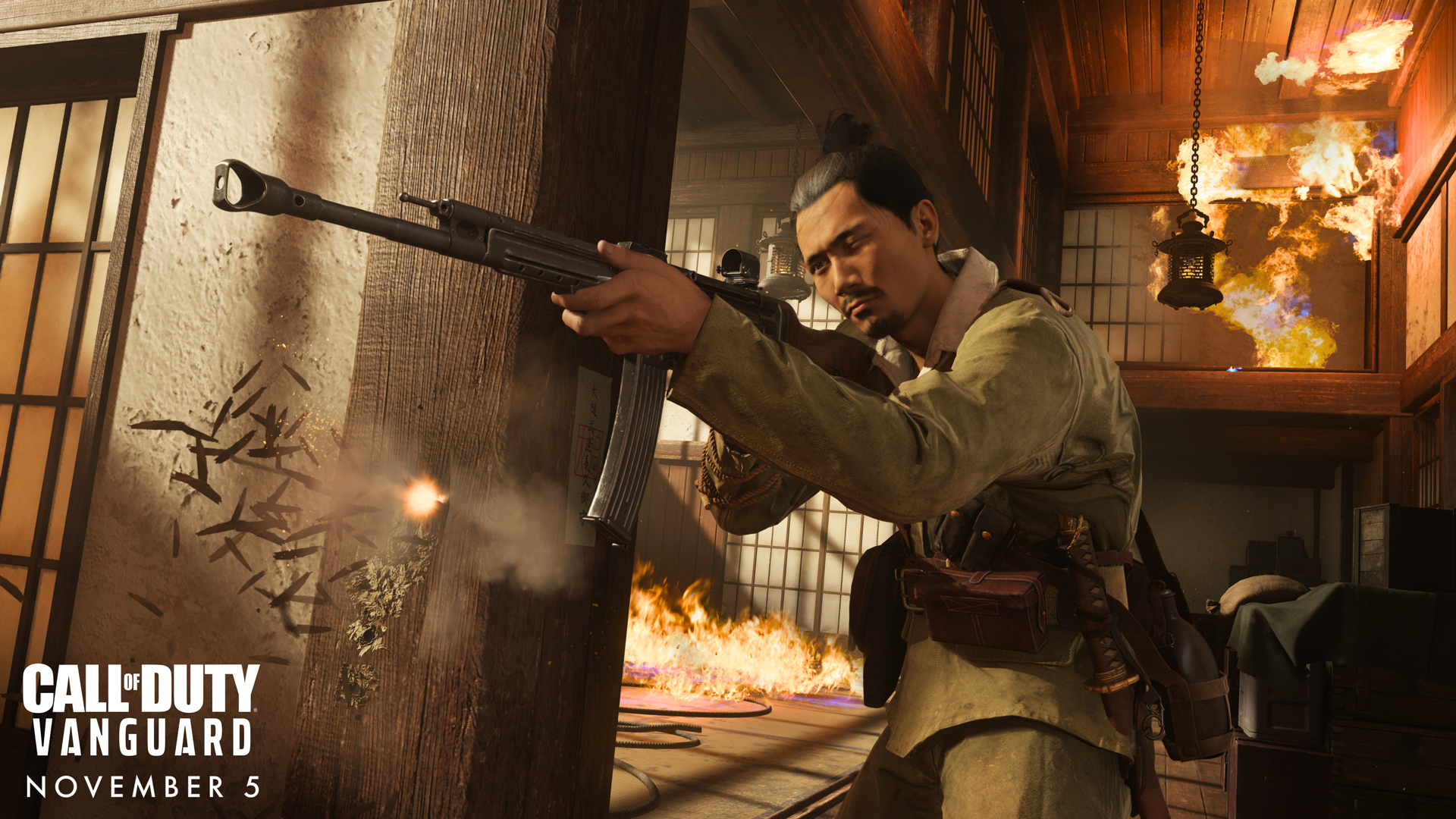 The Sledgehammer Team has put together a post detailing the Vanguard changes since beta, along with a Pre-Launch FAQ. Check it out below:

Hello. Yeah, you! Put down the ice cream sandwich and wash your hands before you touch that keyboard. We’ve got plenty of hot intel to unpack today with a little over a week until the official launch of Call of Duty: Vanguard on Nov. 5th.

We sincerely appreciate you going on this journey with us — from Vanguard’s Reveal to the Alpha and Beta, and now launch. A special thank you to all our Alpha and Beta players that helped us put Vanguard to the test this summer. Player feedback from the public testing phase played an essential part in getting Vanguard launch-ready and we can’t thank you enough. The road ahead looks amazing and all of the comments, videos, and general hype have made us so excited for the launch of this game and also for the future Vanguard content to come.

For more information about Vanguard’s content offerings, check out the Call of Duty super blog that breaks down the launch content Vanguard has to offer, including maps, modes, operators, weapons, and much more.

Now, let’s dive into all that’s changed since Beta.

Our goal coming out of the Vanguard Beta was to give players a faster and smoother gameplay experience at launch. To achieve that, we’ve reduced weapon swap/pickup animation speeds and are bringing in new movement perks. We’ve also added the “Ninja” perk which allows you to have silent footsteps at all times.

Big changes have been made to our audio mix across the board, such as increasing footstep sounds, reducing the announcer frequency, and much more.  We’ve improved the performance of Vanguard across all platforms and fixed glitches resulting in pixelation, lighting issues, and graphical corruption that some players experienced in Beta. We’ve also squashed some pesky bugs that caused spawn issues in Patrol mode.

Q: Will spawns/weapons/visibility continue to be tuned after launch as needed?

Absolutely. At launch, we will be paying attention specifically to our weapon balance.  We have 38 weapons at launch, all with different sets of attachments and modifiers.  We want to create a fun balance between our weapons with their own strengths and weaknesses.  We’ll be listening, tuning, and tweaking from the second we go live. We will also continue to tweak spawn logic for better spawns and monitor the broader conversation around visibility.

Headlining Preseason free content is Shipment, the classic Multiplayer experience re-fitted for Vanguard, currently scheduled for a November 17 arrival. Newcomers and veterans alike can ready up for a fresh take on the map that’s entertained Call of Duty fans for over a decade, providing all Vanguard players a chaotic playground for destruction.

Q: How will Vanguard integrate with Warzone at launch and in Season One?

Building on what we did with Cold War and Warzone, Vanguard will continue Universal Progression so that no matter what mode or game you’re playing, you’re able to level up weapons, gear, Battle Pass, and more simultaneously. Story-wise, we’re weaving the narrative throughout the live season content so that the story will transcend the Single Player Campaign in Vanguard to include Warzone. to go deeper with the narrative and create one connected live game experience.

Q: How will Vanguard and Zombies be integrated?

Vanguard’s Battle Pass system will utilize unified progression between Multiplayer, Call of Duty®: Warzone™, and Zombies. Your player level is shared between the modes, too, so you’re always progressing in tandem for a fully unified experience. To learn more about how the Dark Aether saga will continue in Vanguard, read here.

Q: When can I pre-load the game if I’ve pre-ordered digitally?

All players who preordered the game digitally can preload the title so that it’s ready to go right at launch. Preloading is available for all platforms. On PlayStation®4 and 5 preloading begins on October 28 at 9 PM PT in North and South America. All other countries will begin preloading on October 29 at midnight local time. More information on preloading via other platforms can be found here.

Q: What bonus comes with pre-ordering?

Whether you pre-order a Standard, Cross-Gen, or Ultimate Digital Edition, you receive the following:

Q: How will enforcement against potential cheating be handled?

Q: How frequently will Playlists be updated?

While we can’t promise exact cadence, we can say that we plan to update playlists at a higher frequency than previous titles, with a focused consideration to community feedback.

Q: How can I make a report/get support?

To report a bug, issue, or leave feedback about Call of Duty®: Vanguard, click here to participate in our survey. For account-related issues, please go to https://support.activision.com/

Have constructive feedback? Please let us know your thoughts by tagging @SHGames on Twitter, @sledgehammergames everywhere else, going to r/CODVanguard on Reddit or using #Vanguard on hashtag-friendly platforms. You can also report a bug or leave feedback about Call of Duty®: Vanguard in this survey.

See you all on November 5th!