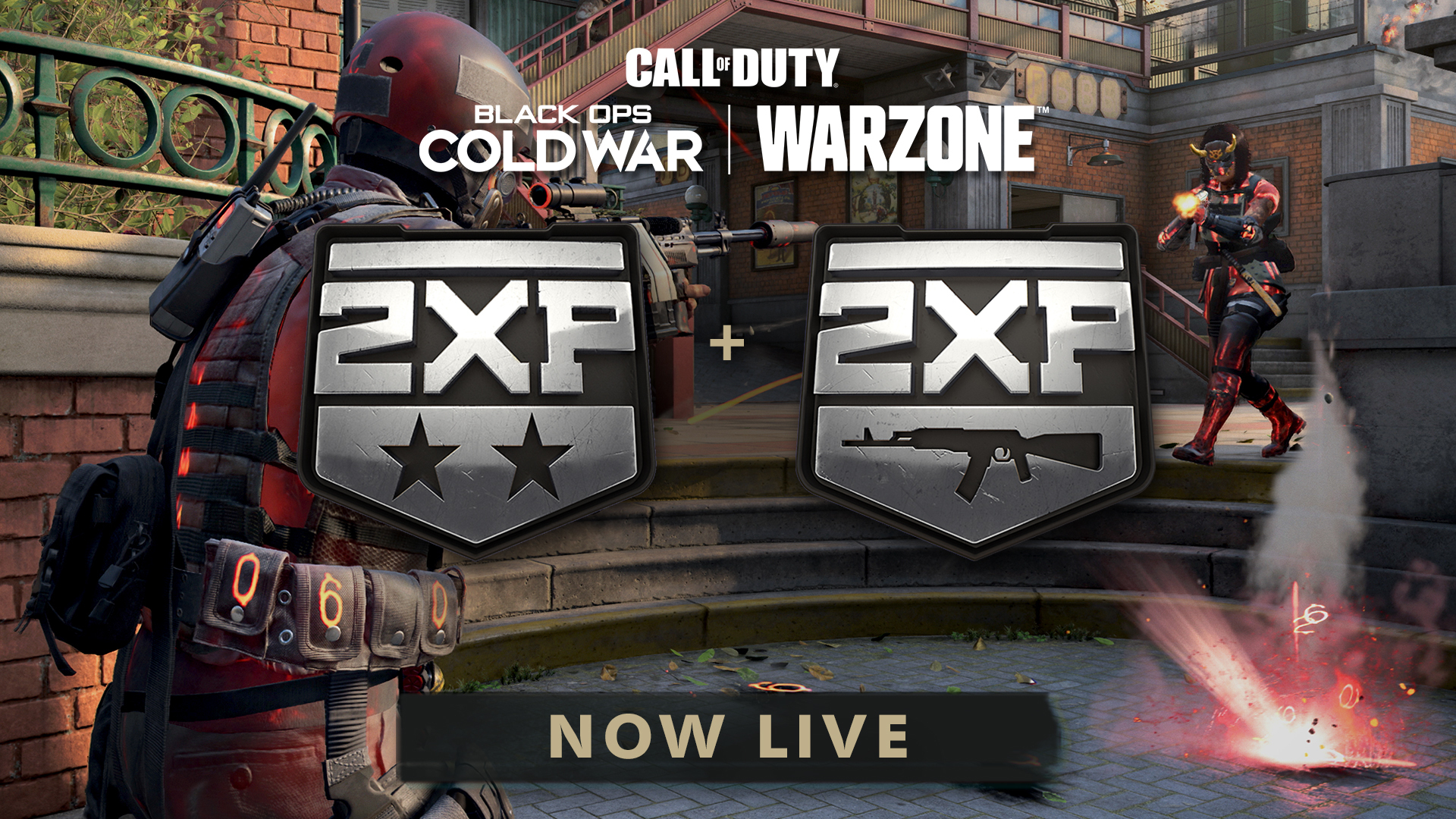 We’re celebrating the launch of Season Five Reloaded with Double XP and Double Weapon XP this weekend in Black Ops Cold War and Warzone! Jump in and level up twice as fast, now live through 10AM PT Monday, September 13th.

We’ve also added some new stability fixes and gameplay improvements in MP and Zombies, as well as a further adjustment for the TEC-9 SMG that applies our recent damage reduction for the Full-Auto Repeater Muzzle at all ranges. If you’ve experienced some crashes in Demolition since the mode went live, those should also be fixed now for a smoother experience.

Read on below to see what’s new in today’s update: