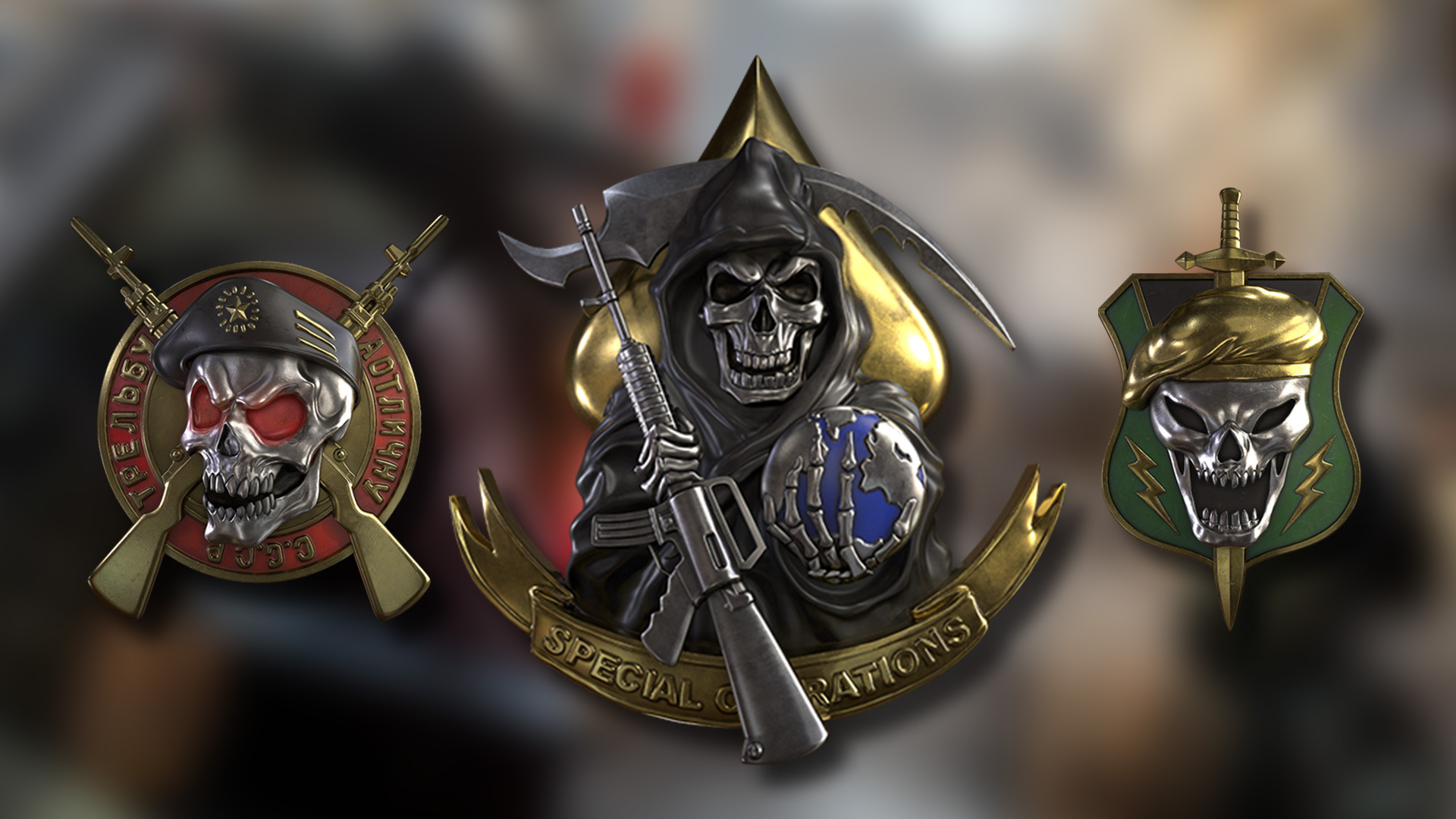 As always, part of that launch day experience is starting the player progression journey from level 1 to 55 to unlock new Create-a-Class content. During the Beta, we showed players a slice of what to expect up to level 40. Today, we’re here to go into the full details behind our deepest Prestige system yet in Black Ops Cold War.

THE EVOLUTION OF PRESTIGE

We’ve heard from countless community members who live for the “grind,” putting in the time and effort to earn unique Prestige Icons with each new milestone and showing off their Prestige Level to the rest of the world. We know the thrill of chasing the coveted title of Prestige Master, and the bragging rights that come along with it with each new game.

We’ve also seen a significant portion of players – including veterans of the Black Ops series who’ve been with us for a long time – who often choose not to Prestige because they don’t want to lose access to the Create-a-Class content that they worked so hard to unlock by reaching level 55. Plus, with post-launch Seasons now delivering their own leveling paths in Warzone, we’ve heard from players who want to see their progress continue across Seasons in even more meaningful ways.

With all of this feedback in mind, our designers set out to create a new progression system that builds upon all the elements that players have come to love about Prestige, with some exciting new advancements:

We call this new system Seasonal Prestige, and it starts with the launch of Black Ops Cold War. Here’s everything you need to know.

SEASONAL PRESTIGE: OUR DEEPEST PROGRESSION YET

Starting on Day One in Black Ops Cold War, players will begin the traditional progression path from Military Rank 1 to 55 to unlock new weapons, Perks, Wildcards, Scorestreaks, Field Upgrades, equipment, and more… and that’s just the beginning. Beyond this point, your Seasonal Prestige journey begins at Season Level 1.

After completing Military Ranks at Level 55, you’ll enter the Seasonal Leveling progression path and automatically earn your first Prestige at Season Level 1, keeping all of the Create-a-Class content you’ve unlocked already. During the Pre-Season period between launch and the beginning of Season One, you’ll have the opportunity to reach up to three Prestiges, as well as a Weapon Blueprint at Season Level 50: 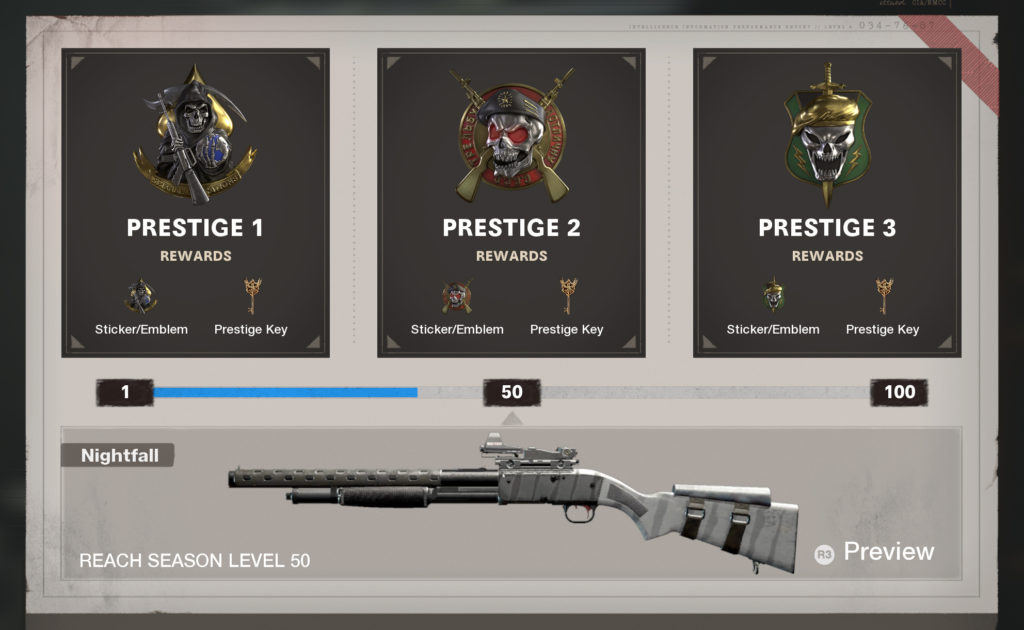 Then, starting with Season One in December, your level will reset with each new Season and your progress will resume from the highest Prestige you achieved in the previous Season. Each Season will offer four additional Prestiges to achieve across the first 200 levels, plus a new Weapon Blueprint to earn at level 50:

This means you can earn up to three Prestiges before Season One, and up to four Prestiges each Season after that for a total of 25+ Prestiges across all Seasons. You’ll always earn progress toward the Prestige that comes after your current one, and you’ll be able to catch up to the latest available Prestige if you didn’t reach it during the previous Season.

SHOW OFF YOUR MASTERY

The journey doesn’t stop there if you want to keep climbing. Once you reach Prestige Master in a Season, you can continue to level up all the way to level 1000 every Season, with milestone rewards to earn at every 50 levels along the way.

With the Seasonal Prestige system, you’ll always have a single, continuous progression path across all Seasons, with more Prestige rewards to earn than ever before.

So, how does this compare to the traditional Prestige system in previous games? To summarize:

Also beginning in Season One, new Season Challenges will provide even more ways to earn rewards throughout each Season. These will offer two collections of 20 Calling Cards per Season in Black Ops Cold War (20 for Multiplayer and 20 for Zombies), with new Challenges ungated in both collections at every 10 levels up to level 200.

Once a Season Challenge is ungated, it may be progressed and completed to earn its related Calling Card. After a player earns all Calling Cards in a collection, they will receive an animated Season Master Calling Card as a reward. Collect ‘em all!

The Prestige Shop will become available in Season One for players who have entered Prestige and earned their first Prestige Key. Prestige Shop content can only be unlocked with Prestige Keys, which are earned by playing the game. Once you unlock the Prestige Shop, it will be available from that point on – and with 1000 levels available per Season, you can reach up to 20 milestones each Season.

Best of all, this new player progression system will expand beyond Black Ops Cold War later this year. Starting with Season One in December, Seasonal Prestige will become the new leveling journey across Warzone and Modern Warfare, with all players starting on this new progression path without losing any previously earned content.

Check out more on progression and the future of Warzone here.