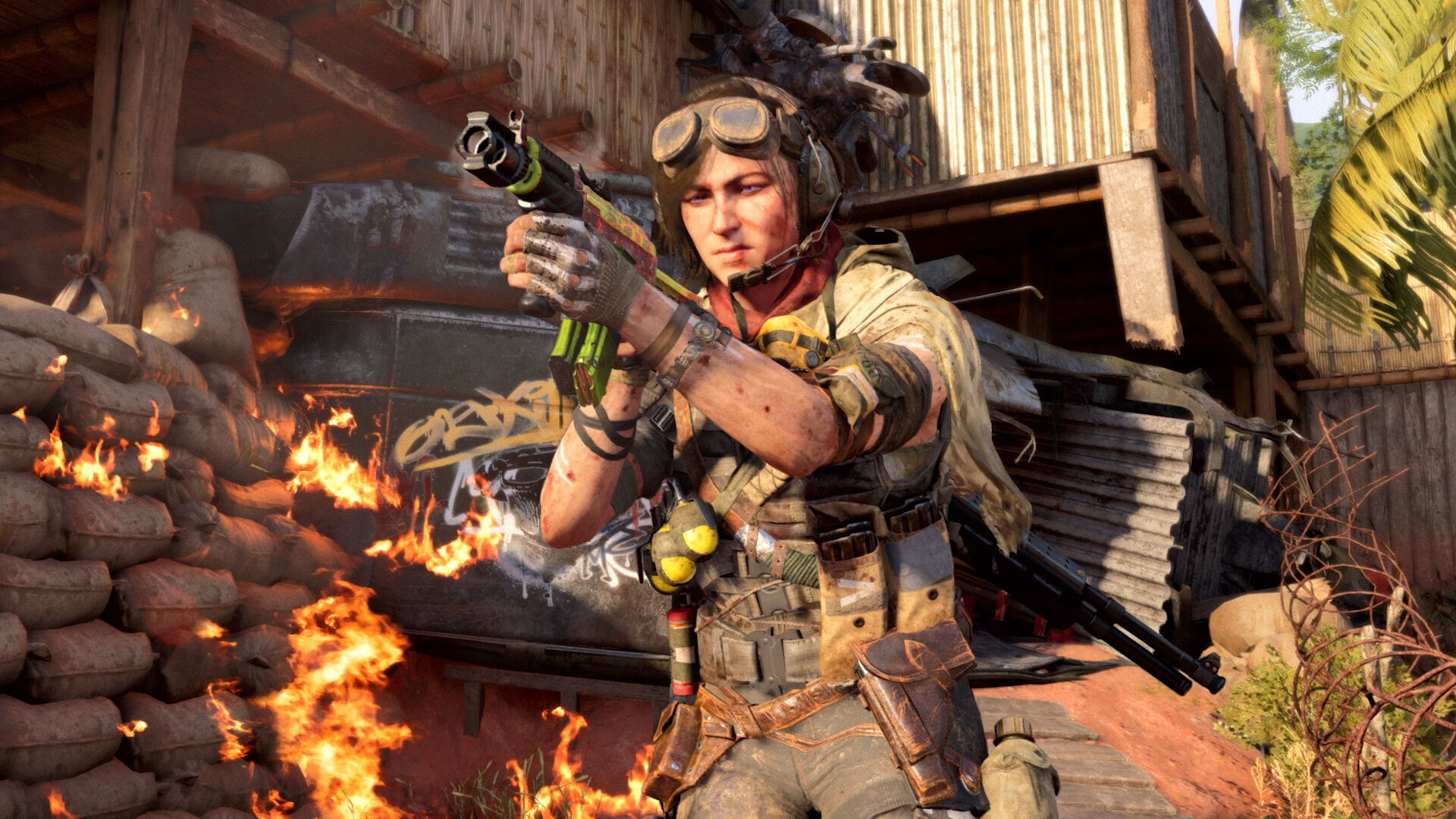 Rapid Fire Moshpit launches for the first time in Multiplayer today, along with the debut of Dead Ops Arcade: First Personin Public matches in Zombies! We’ve added new stability improvements in Outbreak, along with some UI adjustments, a fix for Frenzied Guard in Zombies, and more. Face Off is also moving to Quick Play to make some more room in the Featured Playlist menu in Season Two.

For all you adrenaline junkies looking to run-and-gun in MP this week, the new Rapid Fire Moshpit is definitely your tempo. Jump in and play a mix of respawn modes on our smallest, fastest maps with non-stop radar sweeps, Ghost Perk disabled, and shorter wait times between matches so the action never slows down.

We’ve also got an entirely new experience for Zombies fans with Dead Ops Arcade: First Person, now available in Featured Playlists for the first time! Squad up and face off against over 60 rounds of undead armies from throughout the history of Zombies, all completely in first-person.

As an added bonus, you’ll unlock tracks from Dead Ops Arcade 3’s original soundtrack to play in the Music Player as you progress further into the game! Grab your friends, shoot for the top of the leaderboards, and go rescue a chicken or two.