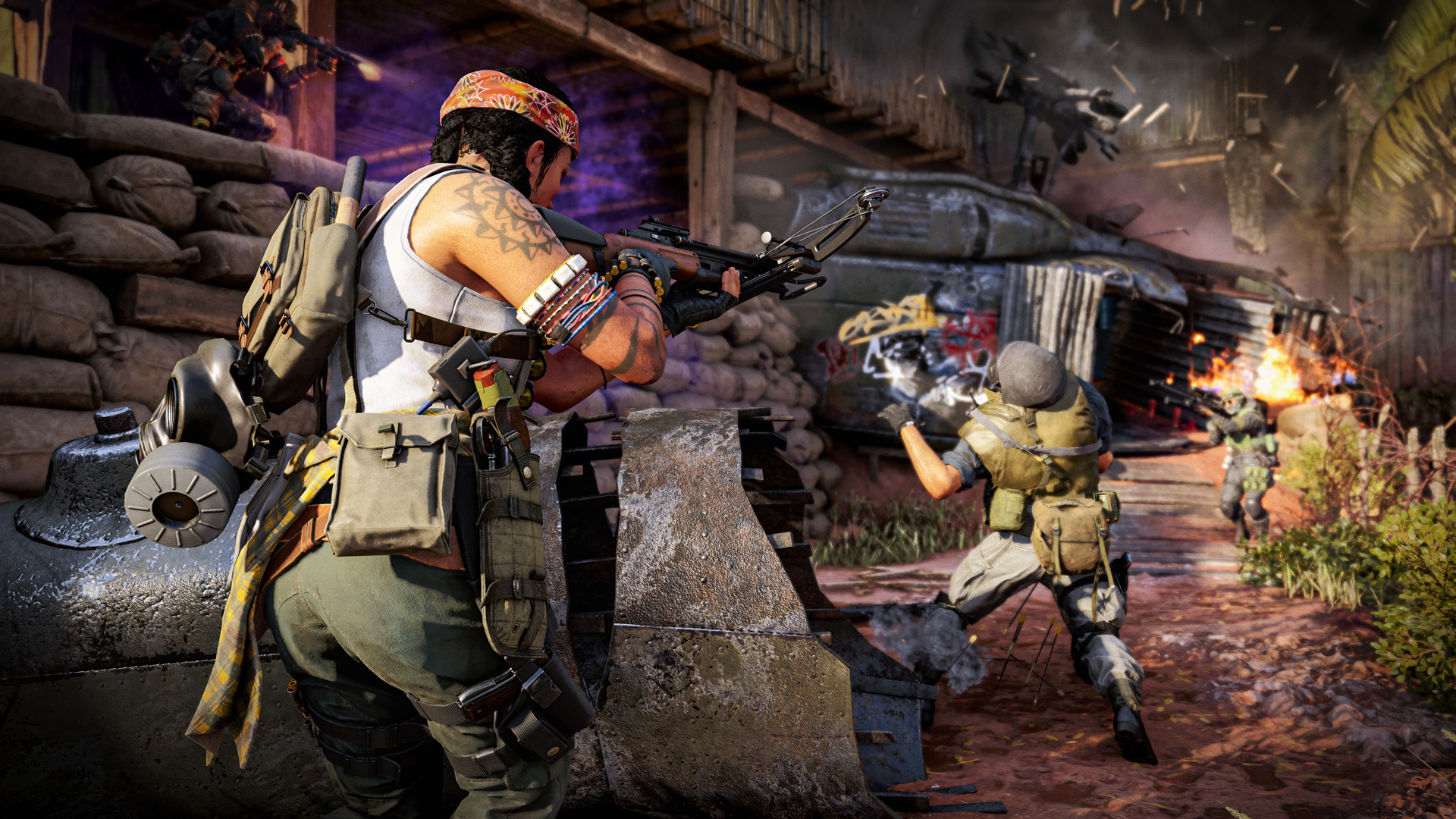 Yesterday, the R1 Shadowhunter crossbow officially launched in Black Ops Cold War as Season Two’s fifth new weapon, with the upcoming ZRG 20mm sniper rifle arriving later in the season to round out the full arsenal.

Today, we’re launching the brand-new Nuclear Apocalypse playlist to take us into this weekend’s Triple-Double XP event! Jump into a mix of TDM, Domination, Kill Confirmed, and Hardpoint on Nuketown ’84 and Apocalypse for non-stop, close-quarters action all weekend long.

Snipers Only Moshpit also returns this week, and fan-favorites like Stockpile, Gun Game, Gunfight, Face Off, and Nuketown 24/7 are front-and-center in this week’s Featured Playlists. Starting next week, the action gets even hotter…

With all the new ways to play 6v6, 2v2, and 3v3 in MP, along with the launch of Outbreak, 56 new Skill Tiers in Zombies, new Dead Ops Arcade updates, five new weapons, 40 new Season Challenges, and 100 Tiers of Battle Pass content, there’s been something new to enjoy every week since Season Two kicked off. And that was just the first half.

Next week’s mid-season update will bring more new content to Multiplayer and Zombies, including Miami Strike (6v6), Mansion (2v2 and 3v3), and Golova (Multi-Team) in MP, the massive new nighttime Sanatorium region in Outbreak, and much more. Head over to Twitter to preview all three upcoming MP maps this week.

We’ve also got a new weapon tuning pass coming to Multiplayer as part of the mid-season update, including LMG adjustments and tuning for the LC10, AK-74u, MAC-10, KSP 45, Milano 821, Krig 6, FFAR 1, Groza, Magnum, RPG-7, and more. A complete recoil balance pass on assault rifles and SMG attachments will also be included, as well as a buff to launcher damage against enemies with Flak Jacket in Hardcore.

There’s plenty more coming in our mid-season update, including the return of Prop Hunt with new maps and props added to the rotation, so keep an eye out for the official roadmap and full patch notes early next week.

To make sure everyone’s warmed up and ready to drop into the second half of Season Two, we’re kicking off a Triple-Double Weekend in Black Ops Cold War and Warzone starting at 10AM PT Friday, featuring Double XP, Double Weapon XP, and Double Battle Pass XP! And on PlayStation, 2XP kicks off 24 hours early, live through 10AM PT Friday.