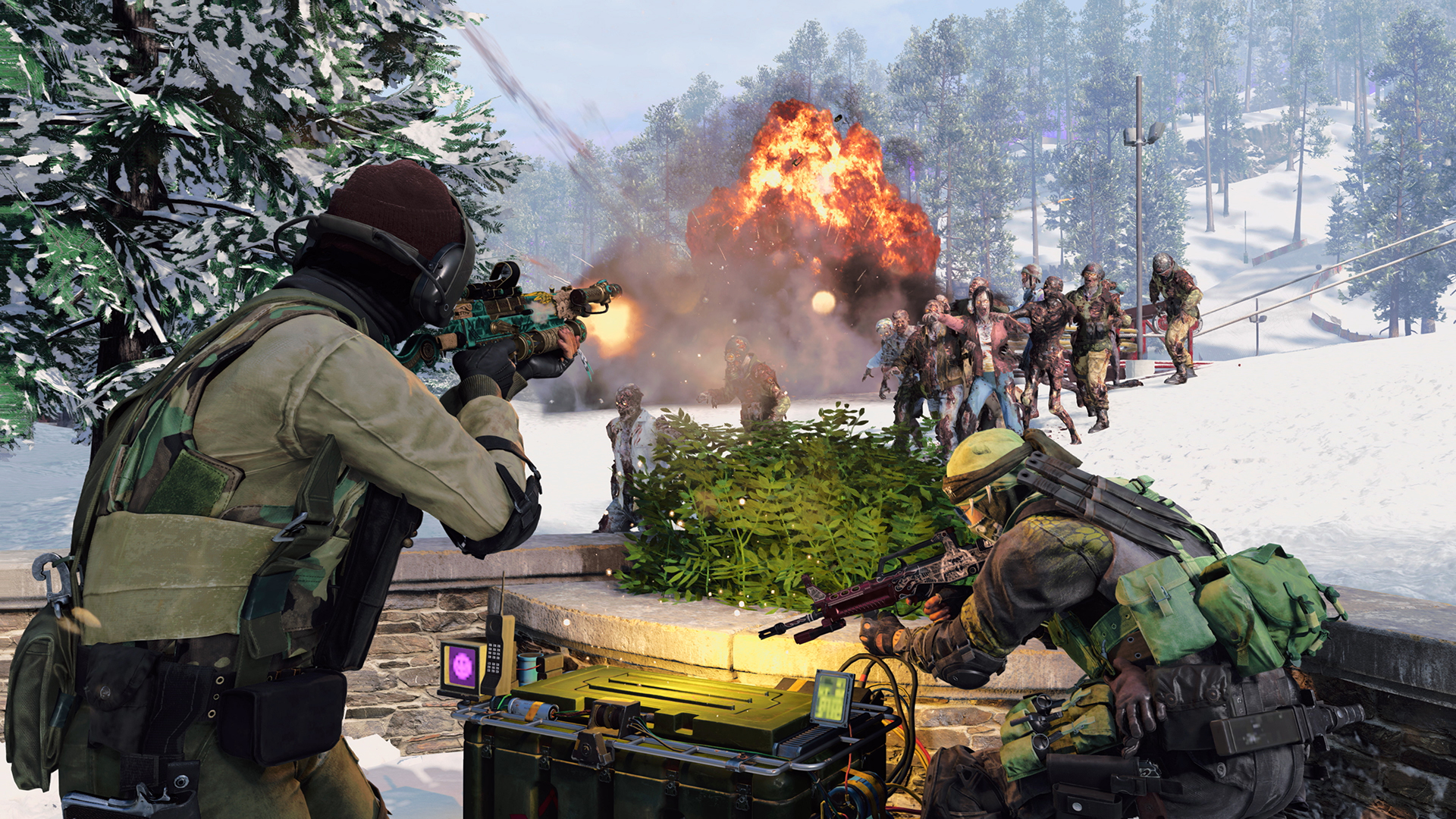 Looking ahead, we’ve been working on some new surprises to drop later this week…

Rapid Fire Moshpit is something brand-new for Black Ops, and it’s all about non-stop action both in and out of your matches. Jump into a mix of TDM, Domination, Kill Confirmed, and Hardpoint on the game’s smallest and fastest-paced maps: Apocalypse, Nuketown ’84, Crossroads Strike, Raid, Express, and Garrison.

To keep things moving, there will be a constant Spy Plane sweeping the mini-map throughout the match, and the Ghost Perk will be disabled so everyone shows up on radar at all times. Wait times between matches will also be reduced to get everyone back into the action as fast as possible. We’ve had a blast playtesting this one, and we think 6v6 fans just might have a new favorite playlist on their hands when this drops on March 4th.

And for our Zombies fans: as if Outbreak wasn’t wild enough, get ready to take on the undead with the squad in a whole new way. Dead Ops Arcade: First Person brings players inside the complete Dead Ops Arcade 3experience, all from the familiar zombie-slaying perspective you’ve known and loved since World at War – available for the first time in Public matches starting on March 4th.

If you’re looking for a new Zombies adventure to jump into with your friends after an epic Outbreak session, this is it. Fight through 60+ rounds, collect treasures and permanent power-ups, conquer new arenas, discover bonus rooms, pilot vehicles, explore randomly generated Dungeons, and team up against classic undead enemies from throughout Zombies history, including Margwas, Crawlers, Blightfathers, Werewolves, and even Brutus himself.

You can even sprint, jump, slide, and swim in First Person, bringing a whole new dimension to the Dead Ops experience. Whether you’re a die-hard Zombies fan or a DOA first-timer, you’re definitely going to want to check this one out. Grab your friends, start up a lobby on Thursday, and let us know what you think… just be prepared for the hours to melt away.

Don’t forget, there’s less than 48 hours left to play Multiplayer and Outbreak for free during Free Access Week! If you haven’t jumped in yet, simply download Black Ops Cold War Free Access on your platform’s store and play with friends for free through 10AM PT Thursday, March 4th.