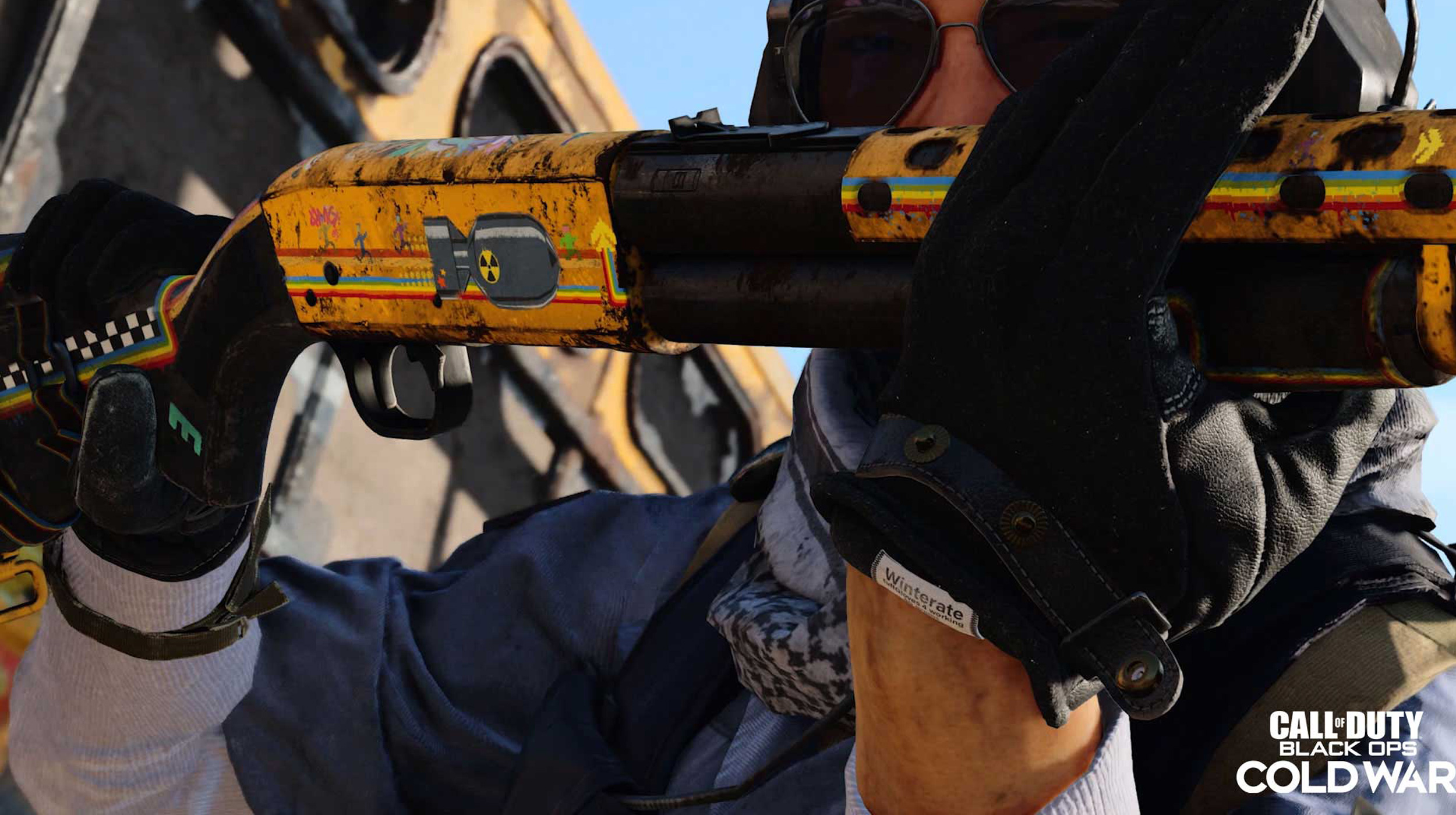 The new Nuketown Weapon Bundle for Call of Duty: Black Ops Cold War has been announced.

For those who play Black Ops Cold War or who purchase the game before the 3rd of December can get this weapon bundle for free.

The Nuketown ’84 map is set to drop on November 24. This gives players and opportunity to get this free bundle based on this iconic Black Ops map.

Although this bundle is separate from that map, which is set to be released on November 24 (free for all players!), it’s a must-have for Operators who want to make an explosive statement in Multiplayer, Zombies, or in the next evolution of Warzone™ when Season One begins on December 10. Check a;; the item-pack details below.

Here’s all the intel on this limited-edition bundle that brings Black Ops to the upcoming Black Friday weekend:

How to Redeem the Bundle

Every player who logged in from when the game launched on November 13 to 10 a.m. PT on November 20 will automatically receive the Nuketown Weapon Bundle. You’ll find all its items waiting for you in-game by November 20at 12 p.m. PT, well ahead of Nuketown ’84’s debut on November 24.

The Nuketown Weapon Bundle will also be included with every purchase of Call of Duty: Black Ops Cold War from now until December 4 at 2 a.m. PT, making this Black Friday season a great time to jump into the next generation of global combat if you have yet to experience it. So long as you log in and play the game before December 4, you’ll receive this bundle on top of any edition-specific rewards included with your purchase.

Prepare to infiltrate Nuketown ’84 (or any operation in Multiplayer or Zombies) with these 10 items:

·      “Last Stop” Epic Shotgun Blueprint – With this Weapon Blueprint, any enemy who dares to challenge you in close quarters will know it’s the end of the road. This configuration includes a 21.6” Paratrooper Barrel, a 6 RND Tube Magazine, a Milstop Reflex Optic, and a Commando Assembly Stock. When combined, these attachments give the shotgun a faster fire rate, better damage range, increased ammo capacity, slightly quicker speed when aiming and shooting, and a clearer sight picture — all the ingredients needed for a great secondary weapon.

·      Six Weapon Charms – These six mannequin Weapon Charms are a perfect fit for any long-time Nuketown fan. Pick your favorite well-sculpted hunk – “Chad,” “Thad,” or “Vlad” – or a flawless friend – “Karen,” “Sharon,” and “Bobbi McDaren” – to give your favorite weapon more personality.

·      “Test Subjects” Sticker – Let your enemies know you’re ready to go nuclear with the “Test Subjects” sticker, which can be slapped onto most weapons in the Gunsmith.

Note: when Warzone transitions on December 10 at the beginning of Season One, all these items will be available for use across your loadouts and profile.

Log into Black Ops Cold War today, or purchase the game, to get the Nuketown Weapon Bundle before its half-life is over.