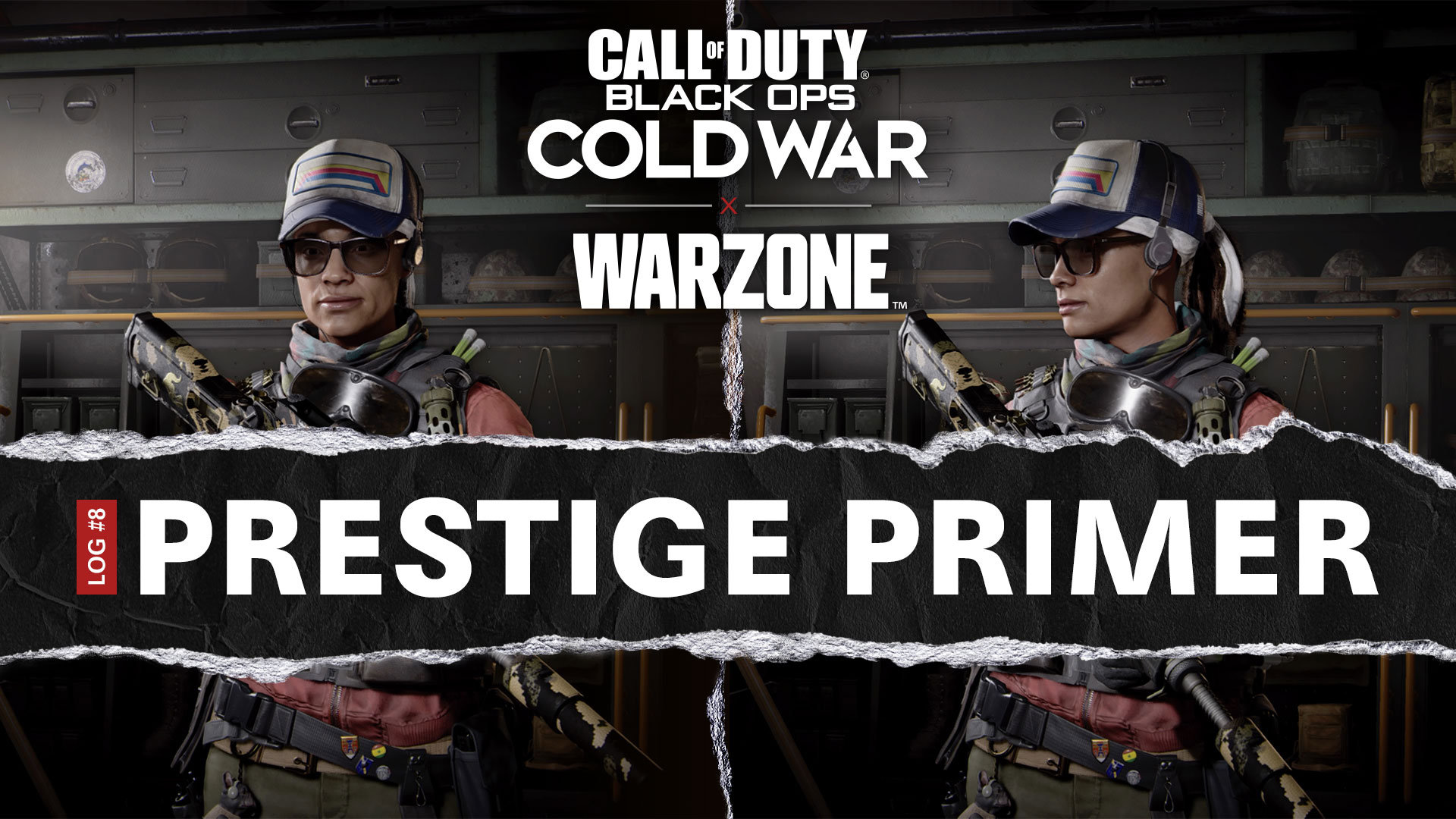 From upgrading a starting weapon to Legendary quality for “Old Faithful” to exfiltrating after 30 rounds for “The Great Escape,” we have the tips you need to become a Season One Zombies Master.

Following Black Ops Cold War’s Zombies Free Access Period last weekend, you may have already made some progress with the 20 Zombies Season Challenges in  Season One.

Besides some awesome animated Calling Cards for your profile, Season Challenges offer tons of XP to help you reach that next Prestige faster or climb closer to Level 1,000, although these great rewards won’t come easy. Fortunately, we’ve identified some of the hardest missions out of Season One’s collection to help you on your road to Prestige Master.

With all that said, let’s level up.

Racing into combat as NATO’s wild card Operator, Zeyna officially joined her squadmates Bulldozer and Adler as part of her “Zeyna” Operator Bundle that came out on January 21.

Whether you’re the designated getaway driver for your crew in Warzone or you’re notorious among your friends for aggressive plays, this is the Operator you want to use on the road to victory. Zeyna’s debut bundle also comes with a new Finishing Move to help put the exclamation point on a Battle Royale win, as well as two Legendary Weapon Blueprints, an Epic melee Blueprint, a watch that tracks your Elimination-to-Death ratio, and more..

Ready to supercharge your road to Level 1,000 with some serious XP rewards? Then step up to the plate of Season One’s Challenges.

Starting at Level 1 and at every 10th level (up to level 190), you can find a new Multiplayer and Zombies challenge waiting for you in the Progression section of the Barracks. Unlike previous seasons, these objectives can be completed at any time so long as they are unlocked before the end of Season One. In other words, by the time you hit Level 200 during Season One, you’ll have two full slates of challenges to complete at your own pace with XP and Calling Card rewards at the ready whenever you need them.

Still, you may want to target a few of the toughest challenges first, especially as they offer some of the largest XP rewards to help you shoot past Prestige Master and up the mountain to Level 1,000.

After plenty of “research” – by which we mean playing a ton of Zombies – here’s our advice for some of Season One’s hardest Zombies Season Challenges.

Plaguehounds start to mix with regular enemies once the round counter reaches the double digits. When this happens, find a bottleneck such as either end of the Tunnel or up the stairs leading out of the Main Power room, and ensure the Plaguehound falls right in the entryway so that the horde rushes into it.

This challenge is much easier with friends, but is still more than possible as a solo player.

Our recommendation is to complete as many Trials as possible to load up on power-ups, Perks, and potential weapon rewards. Any Rare Salvage earned through Trials, or naturally during gameplay, should be invested into Self-Revive Kits, which can help you extend your match.

Once you complete Round 30, use any leftover Rare Salvage on a Support, such as a War Machine, and use all regular Salvage toward Decoys and Monkey Bombs to manage the ensuing masses of undead in the Pond area.

This is more of a puzzle than a challenge, and it involves a whole lot of Essence (Points) and the Dark Aether.

First, don’t drink any Perks while racking up at least 22,000 Essence. Then, transition to the Dark Aether via the anomaly and go to the top of the Penthouse to find Der Wunderfizz, a machine that can dispense all six Perks at once.

A challenge that requires the most planning out of all, this challenge boils down to part endurance, part resource management.

Before even beginning a game, ensure your starting loadout weapon has the Ember Sighting Point attached, as it maximizes the chances of Salvage drops. Use it to eliminate as many zombies as possible, switching to it in later rounds when you have a stronger weapon to still take advantage of the increased Salvage drop benefit.

After turning on the Power, visit the Arsenal, located near the entrance to the Medical Bay in the Particle Accelerator room, and start upgrading your starting weapon. You’ll need plenty of both Salvage types to reach Legendary quality, so above all else, do your best to limit armor repairs along with equipment and Support item crafting.

These two challenges involve eliminating the Megaton after it splits, not before.

Whether you are using the D.I.E.’s suction feature or trying to blast them away with C4, know that only the last hit matters. Try using a Pack-a-Punch weapon or Support first before dealing the finishing blow with either of these deadly tools.

This could work well before an exfil, as a Sentry Turret can cover plenty of the Pond area while also helping you manage the dozens of undead.

Alternatively, set up a Turret right in front of a key bottleneck, like the ones mentioned for the Dead Air challenge, and lead the zombies straight into your Support trap.

We’ve found two effective strategies for this one: one involving lucky equipment drops or Salvage, and one for more expert players.

Seasoned veterans will know how to start a zombie train rolling, but for those who don’t, let the horde bunch up behind you before dropping an Energy Mine right in the middle of them. Alternatively, you can use a Decoy Grenade or Monkey Bomb to attract well over 15 zombies to a single point, then launch an Energy Mine right into them for an easy win.

Either way, it’s a good idea to invest some Aetherium Crystals into upgrading the Energy Mind Field Upgrade, as doing so gives it a bigger blast radius, lowering this objective’s challenge considerably.

“Shortly after mantling” means you don’t need to multitask in order to get this done, but you may need to hang around the Particle Accelerator for a while.

Use either the accelerator itself or the various staircases and railings to mantle constantly while fending off the undead. If you have a C4, Monkey Bomb, or Energy Mine, you can set one up to explode while you focus solely on mantling, just to make this challenge slightly easier.

Triple Trouble – Earn 1/3/5 Double Trouble medals (Killed both halves of a Megaton within a short time of one another) – 8,500 XP (Total)

Ensure you have health bars turned on within the Interface setting before attempting this challenge, as it can help you gauge when the two halves are close to being eliminated. Managing their health bars is easier between rounds, where there are no other zombies around and you can focus on whittling them down.

Once both halves are nearly at the same level of peril, pop open a Support or use a Pack-a-Punched weapon to finish them off as quickly as possible.

The “Zeyna” Operator Bundle includes three weapons that are great for Multiplayer and Zombies, especially the “Finishing Touch” switchblade that can slice through early rounds with ease. However, another bundle that debuted in the Store this week, the “Gator Done,” steals the show when it comes to a weapon that can do wonders in Warzone.

An assault rifle whose fast fire rate puts some of the SMGs to shame, the “Maneater” Blueprint’s initial attachment combination is built for a hyper-aggressive Multiplayer loadout. Built around a Patrol Grip that quickens sprinting speed and a Marathon Stock that decreases Sprint to Fire time, it’s a solid Blueprint for success as you level this weapon up to unlock some more attachments.

From there, you can build an incredible primary weapon for Warzone. We kept the Kobra Red Dot for a clearer sight picture and swapped the Suppressor for the Agency Suppressor, which adds more range to this weapon (but only in Warzone).

We also swapped the rest of the attachments out for a 19.5” Reinforced Heavy Barrel, the Field Agent Grip, and the Salvo 44 Rnd Fast Mag. All of this comes together to make this weapon more controllable and viable at longer ranges, as it provides balanced buffs to the weapon’s Bullet Velocity and Effective Range, along with countering its wild recoil and small initial magazine size, with faster reloads being there as an added bonus.

Again, this weapon is a sleeper in close quarters, but with that attachment combination, you’ll be well-prepared for when the final circle drifts out into the open.