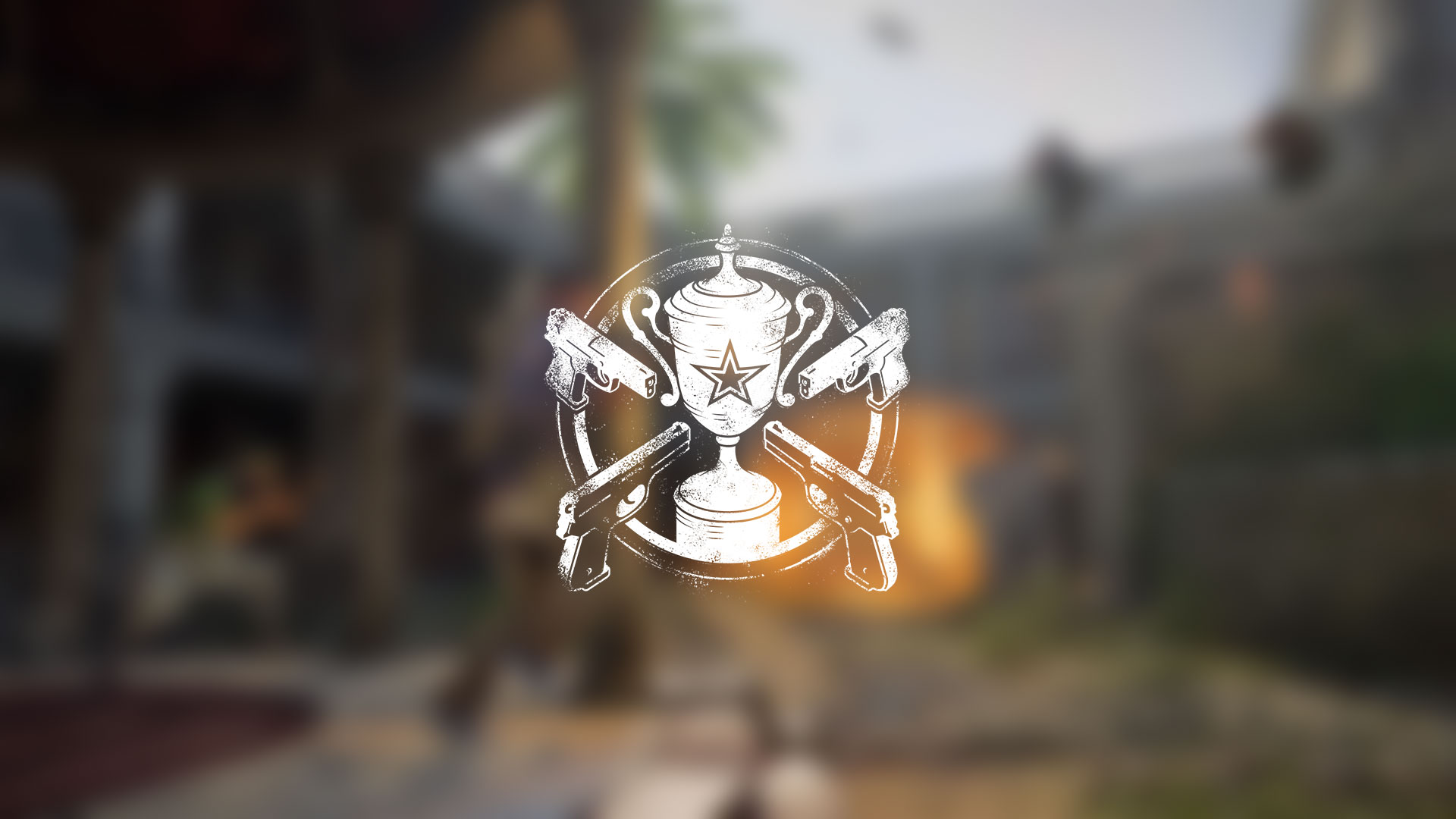 It’s time to show what you’re really made of.

Now live in Black Ops Cold War Season Two Reloaded, Gunfight Tournaments challenge you and a teammate to progress through four rounds of bracketed play. Earn exclusive rewards and XP for winning your way through the bracket, not to mention bragging rights when you first clutch that 6-5 Overtime win in the Finals match.

Think you’ve got what it takes?

Read on for tournament details plus info on the exclusive rewards you’ll earn for progressing through the rounds.

You know the rules: The first team to take six rounds in Gunfight wins the match. The same loadout is assigned to all competitors, and this loadout changes every two rounds.

Tournament registration kicks off every 5 minutes while a Tournament is live. Register for a Gunfight Tournament to be enlisted in one of 16 teams of two competing in the event. Each Gunfight Tournament is divided into four competitive rounds: Preliminaries, Quarter-Finals, Semi-Finals, and Finals. It’s 2v2, single elimination. Win and move on to the next round; lose, and you’re out.

Registration kicks off every five minutes when a Tournament is active, so it’s never a long wait to start competing. The first Tournament begins on April 8 and will run for an entire week. A full season hosts anywhere from two to three Tournaments throughout, and the first one begins today for Season Two Reloaded, so get in there today and fight.

Each Tournament features a set map order. Expect to get plenty of rounds in on the new Mansion Gunfight map in this first tournament. What better way to learn a new map than through trial by fire?

As new Tournaments arrive, their exclusive rewards will be added to a reward queue, so that each time you win a round, you win the next reward in the queue for that round. This way, you’ll never miss out on a reward, as you can always catch up in subsequent Tournaments. You can check your progress in each queue on the “Gunfight Tournaments” screen in the Challenges tab.

Teams will also earn an XP reward for each round they win during a Tournament. This XP payout can be earned repeatedly over the duration of each Tournament, regardless of whether you have any rewards left in your queue.

Fight your way through all four rounds in the first Gunfight Tournament and the “Magnificence” Assault Rifle Blueprint is all yours. Just remember, if at first you don’t succeed, line up for the next one. You’ll get that victory soon enough.

The “Magnificence” Weapon Blueprint features a four-attachment spread of the Flashguard 7.62, Ember Sighting Point, 15.5” Ultralight Barrel, and the Tactical Stock. Highly mobile and empowered for close quarters play, this Blueprint is the perfect reward to keep the wins rolling in Multiplayer and Warzone™.

Ideal for fast respawn modes like Kill Confirmed, Hardpoint, and Face Off, this loadout is built for speed and power, utilizing attachments that improve mobility and handling.

Use the “Magnificence” to close in on mid-range targets, and don’t hesitate to fire from the hip with its improved hip-fire accuracy. With Gunfighter we’ve now got eight attachments in total, featuring the four original Blueprint attachments plus four others offering better precision, reload speed, and handling speed.

Swap to the “Crimson Steel” for powerful shots in close range, a great weapon to switch to when your primary is empty or when you’re right up on the enemy’s position.

Pick Flak Jacket for added defense against explosives — vital for Hardpoint and Domination — and Scavenger to keep your weapons stocked. Finish with Gung-Ho to move at full speed while reloading, and to fire and use your Equipment while sprinting. Lead into attacks with your Stun and Frag grenades and keep up the pressure as a constant attacking force.

So what are you waiting for? Start honing your Gunfight skills in preparation for the first Gunfight Tournament coming to Black Ops Cold War on April 8.