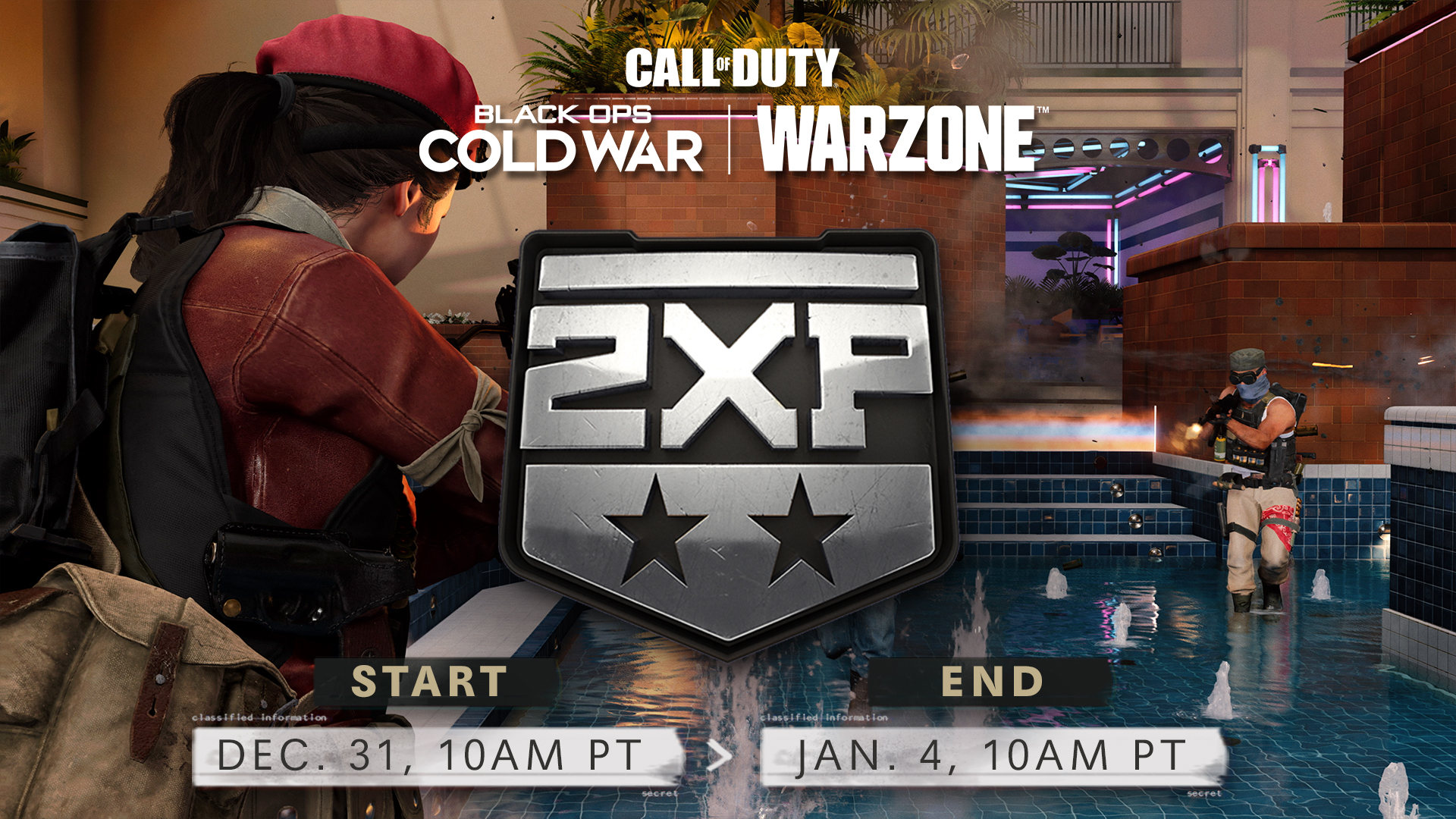 Treyarch has posted a tweet detailing that the following is now live in Black Ops Cold War.
Check them below:

What a wild year it has been. To end the year and kick-start the new year, a 2XP weekend is coming to Black Ops Cold War & Warzone.

The double XP weekend starts New Year’s Eve, December 31st at 10AM PT and ends January 4th at 10AM PT.

Have a good New Year everyone!