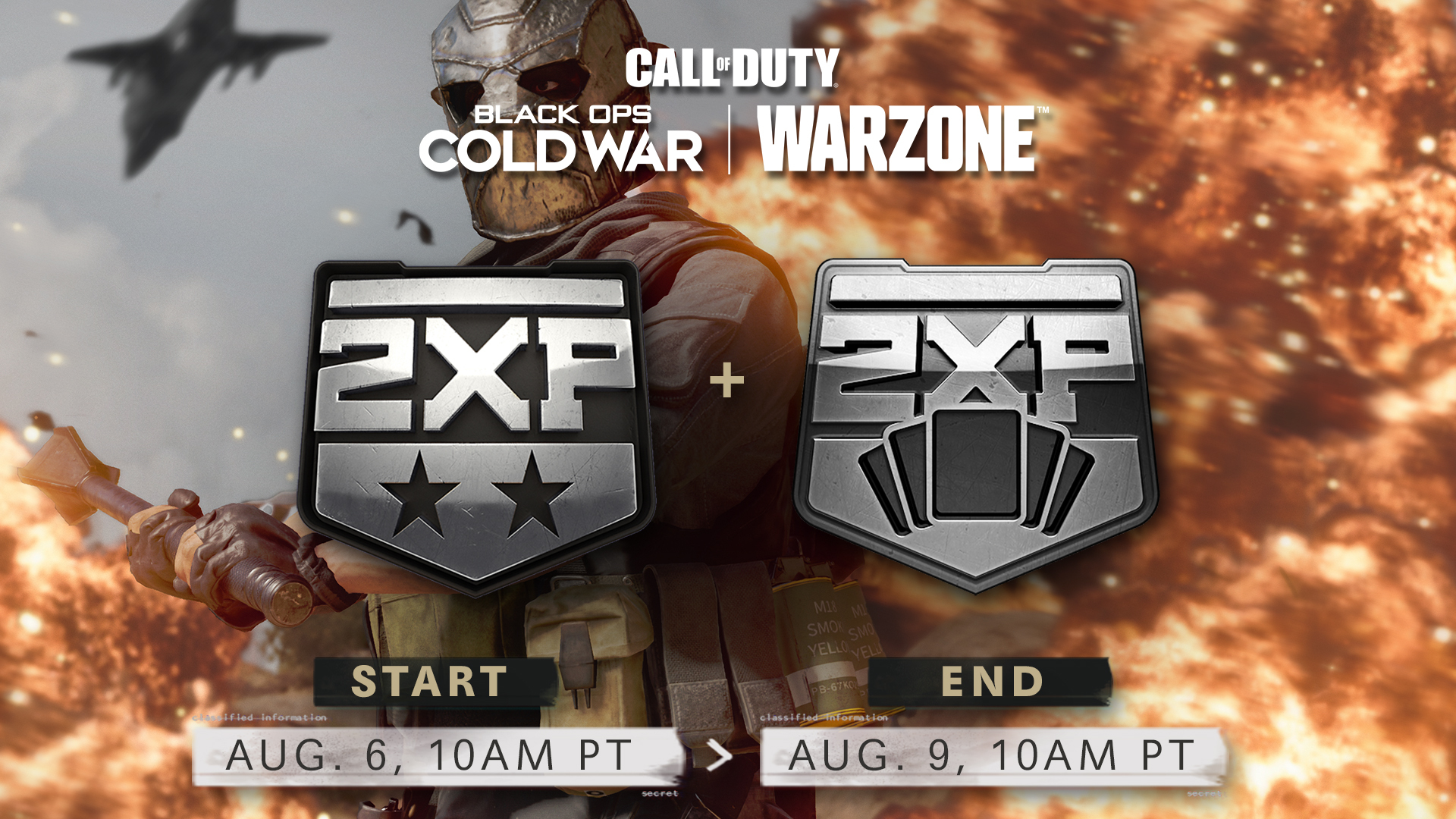 GET READY FOR SEASON FIVE

An all-new season of content drops on August 12th, and we can’t wait for everyone to get their hands on everything we’ve got lined up.

This will be a huge season for Multiplayer with five free maps incoming, including the brand-new Echelon and Showroom, plus the return of Black Ops II’s Slums, all available at launch. Later in the season, fans of the original Black Ops can also jump into Drive-In and a special MP-exclusive version of Zoo, beautifully remastered for the first time in over a decade.

Of course, the real star of Season Five is the new Double Agent mode: a social party game experience where players are randomly assigned as Operatives, an Investigator, or deadly Double Agents hell-bent on sabotaging the mission. You’ll need to communicate, investigate, and eliminate the traitors in your midst before it’s too late… or wreak havoc as a Double Agent to wipe out the opposition. Check out the official trailer for a sneak peek of our new favorite mode:

Hot on the heels of the launch of “Mauer der Toten,” we’ve got a banger of a new season for Zombies fans. Whether you play round-based Zombies, Outbreak, Onslaught, Dead Ops Arcade 3, or all of the above, there’s new content waiting for you on every front starting on August 12th.

That includes the essential Death Perception Perk with five powerful Skill Tiers to unlock, the shocking new Tesla Storm Field Upgrade, and the devastating Flamethrower Support Weapon, available in all round-based maps and in Outbreak at the launch of the season.

With so many players achieving Round 100+ runs for the first time in their Zombies careers – in addition to all of our recent weapon damage buffs, enemy health cap reductions, and dynamically-upgraded Wall Buy weapons – we believe the Zombies meta is rock-solid heading into Season Five.

Killing zombies feels fun while providing a steady, incremental challenge as the rounds go up, and reaching high rounds feels truly satisfying. To maintain this balance, the design team is focused on ensuring that our upcoming Perks improve other game mechanics in the mode than just damage and health. That’s why this season’s new Perk is all about increasing survivability, awareness, armor penetration, and even Salvage drop rates. We can’t wait for you to try it all out next week.

As the Dark Aether continues to expand beyond the Ural Mountains, Outbreak will receive a massive content expansion with the addition of the new Collateral region, Transport Objective, Tank vehicle, Grapple Gun crafting item, and Disciple mini-boss. A new trove of narrative Intel will also become available throughout Outbreak, continuing the story from where the ending of “Mauer der Toten” left off. The Requiem Director’s agendas – and his plans for Maxis – will soon be revealed…

The all-new “Ikari EggXit” bonus map is also coming to Dead Ops Arcade 3 for players to explore in Season Five, and Onslaught will have a new collection of content to discover as well, including the new Echelon map, additional story Intel to unlock, and a new Onslaught limited-time mode and Weapon Blueprint challenge coming later in the season.

We’ve also got a new round of weapon tuning coming for a selection of assault rifles and SMGs, including some new tweaks for the LC10. Get even more details on everything coming to Season Five at the Call of Duty Blog, and keep an eye out for our official patch notes and Season Five Special Broadcast straight from Treyarch next week.

This week, we’re closing out Season Four with Nuketown 24/7 making its return today, along with Rush 24/7, Knife Fight 3v3 (now featuring the new Mace melee weapon), and Blueprint Ammo Gun Game in our Featured Playlists to crank the action to 11. Face Off 6v6 also continues this week, featuring our latest small-sized map, Amsterdam. If you’re looking to get those final camo challenges done this weekend, this is the mode for you.

We’ve also addressed issues related to Mule Kick in Zombies, including an issue that could cause the player’s third weapon to drop when repurchasing the Perk. In Multiplayer, we’ve reduced the walking view bob while aiming down sights with the Hand Cannon Scorestreak. Check out the patch notes below for all the details.

Complete your Battle Pass and go for Prestige Master in the final days of Season Four with Double XP + Double Battle Pass XP in Black Ops Cold War and Warzone all weekend long, starting tomorrow through 10AM PT, August 9! After that, we’re just counting the hours until the launch of Season Five. It’s going to be a hell of a ride.